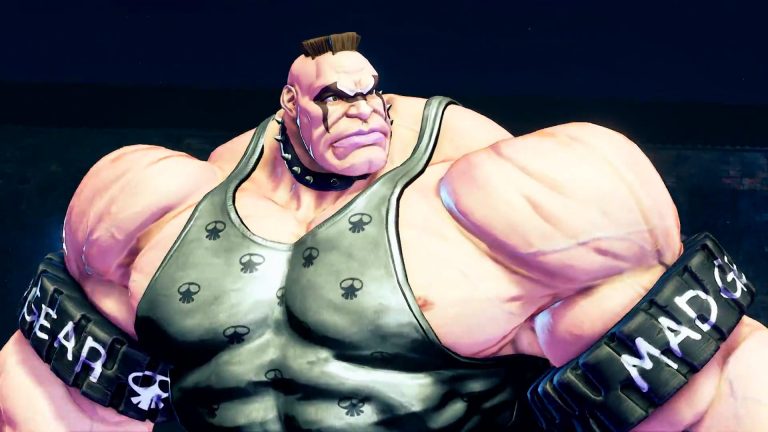 Abigail will be available through the Street Fighter V’s $30 Season 2 character pass. The character is known from the Final Fight series, but this time, he looks a way more intimidating. Abigail has giant muscles and he is 8 feet tall. He has an armored running attack. Some of the other attacks have armor, too.

Players know Abigail from the Mad Gears Final Fight series where he served as one of the bosses of the later stages. However, in Street Fighter V, he is literally several levels above the competition. Some players drew a parallel between Abigail and Hugo, but the former is more comically proportioned, not to mention he is much bigger.

The character has undergone some considerable changes. Apart from his massive size, the other noteworthy features are the tires strapped to his belt via chains. Expectedly, he uses his enormous size to his advantage. He is capable of tossing his opponents around and juggling them with piston punches.

In addition to Abigail’s debut, more content is slated to arrive to Street Fighter V on July 25th. Alex, Juri, and Abuki will get new costumes. They come at a suggested price of $3.99 per piece. Ryu and Ken will also get special costumes that will cost $5.99 per piece. A new stage called Suzaku Castle, as well as the Kanzuki Family Stadium will also be added to the game. Kanzuki Family Stadium will be available for $9.99.