The Taiwanese hardware giant ASUS announced that it has added yet another peripheral to its ROG series. The Asus ROG Strix Fusion 500 headset is a worthy successor of the Strix Fusion 300 and comes with significant design and hardware upgrades. 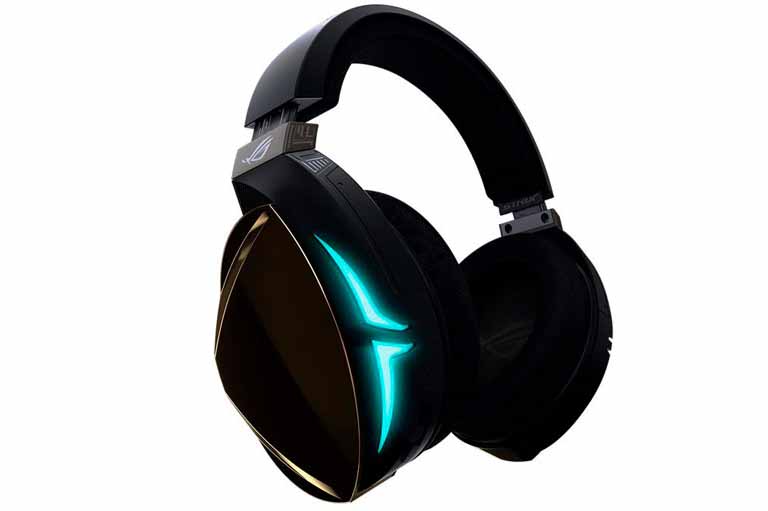 The Taiwanese hardware giant ASUS announced that it has added yet another peripheral to its ROG series. The Asus ROG Strix Fusion 500 headset is a worthy successor of the Strix Fusion 300 and comes with significant design and hardware upgrades. The headset connects to a PC, Mac, or PS4 via a USB cable. The lack of audio jacks makes it incompatible with Xbox and Switch devices.

In terms of design, the Strix Fusion 500 has an adjustable headband and oval earcups that correspond to the natural ear shape. The outer ring of the earcups is covered with mesh fabric that absorbs sweat, while the synthetic leather of the interior improves the acoustic insulation.

Unlike the Strix Fusion 300 that uses an analog mic, the Strix Fusion 500 model features a digital mic that makes user’s voice clearer. The input quality is further enhanced by the airtight capsule that reduces the resonance. The microphone automatically mutes when folded.

It seems Asus has gone an extra mile in trying to live up to gamers’ requirements for excellent audio quality. The ROG Strix Fusion 500 headset offers virtual 7.1 surround sound developed with Bongiovi Acoustics. Upon headset’s introduction, ASUS said that “The company’s Digital Power Station technology remasters audio in real time based on how humans pay attention to different kinds of sounds. Bongiovi optimized the algorithm for the Fusion 500 using Playerunknown’s Battlegrounds, so you can hear your enemies before they get the drop on you.” The headset surround sound system does not require drivers and software to operate. The 7.1-channel visualization is activated with a touch of a button.

The headset is equipped with 50mm ASUS Essence drivers that deliver punchy, extra strong bass. The metal covers reduce the resonance and distortion. To avoid the natural variance between individual speakers, ASUS has sorted speakers internally to find a good acoustic match.

Before it gets to the drivers, the sound is produced and amplified by ESS Sabre 9018 DAC and 9601 headphone amp. These two are similar to what ASUS uses on its latest motherboards that have Supreme-FX audio.

The other innovative feature that sets the ROG Strix Fusion 500 apart is the intuitive touch plate. The left earcup is devoid of any buttons or wires but it acts as a touch surface for gesture control. A single tap will play and pause; a swipe changes the track and increases/ decreases the volume. Users can sync the lighting patterns with a long press. Multiple listeners/ teammates can sync the lights on their headsets via Bluetooth or Asus’ smartphone app.

ASUS Rog Strix Fusion 500 headset is expected to hit stores in North America and Canada by the end of January at a retail price of $180/ CAD$249.99.