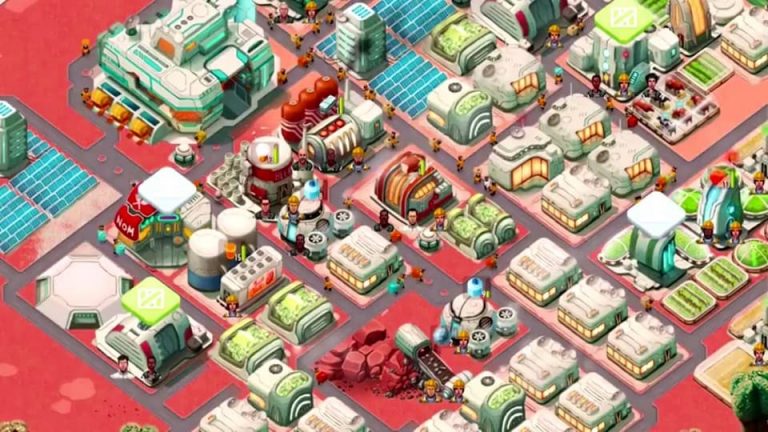 While everybody is freaking out about the release of the Ataribox retro console, Atari has launched yet another long-anticipated product. Today, the company announced the release of the Lunar Battle for mobiles. The latter is a hybrid city-builder and space shooter, compatible with Android and iOS-powered devices. Fred Chesnais, Atari’s CEO, commented on the Lunar Battle debut and expressed his hopes that players “will enjoy the unique mixture of city-building simulation and arcade-style space shooting.”

The Lunar Battle enables players to embark on a space journey, explore an uncharted terrain and try to conquer the galaxy. The title features arcade-style combat elements, and in this regard, it bears resemblance to other popular Atari titles such as the Star Raiders and the Asteroids.

Players face the task of gathering resources and building infrastructure. They also need to make sure that their efforts are sufficient for helping fellow players stay protected against the alien threats. They also need to protect the base and engage in adrenaline-fueled multiplayer games.

Here are the main challenges every Lunar Battle player will face:

• Explore the Planet and Harvest Resources – Unearth precious resources including space ores, ship parts and energy sources. Use the materials to keep the population growing and colony thriving.

• Take Flight and Fight – Participate in PVE and PVP dogfights as part of the thrilling arcade space shooter experience. Use materials crafted and salvaged on the surface to outfit and upgrade space fighters with a selection of powerful lasers, plasma cannons, shields and more to become the terror of the nebula!

• Destroy the Enemy – Equip workers with blasters to fight off hordes of disgusting, deadly aliens and expand territory.

The Lunar Battle is now available at the iTunes and Google Play store. It is free to download and play.