Sony and Destiny 2 developer Bungie have teamed up to release a Destiny-themed limited edition PS4 bundle. The latter will debut alongside Destiny’s console release scheduled for September 6th. 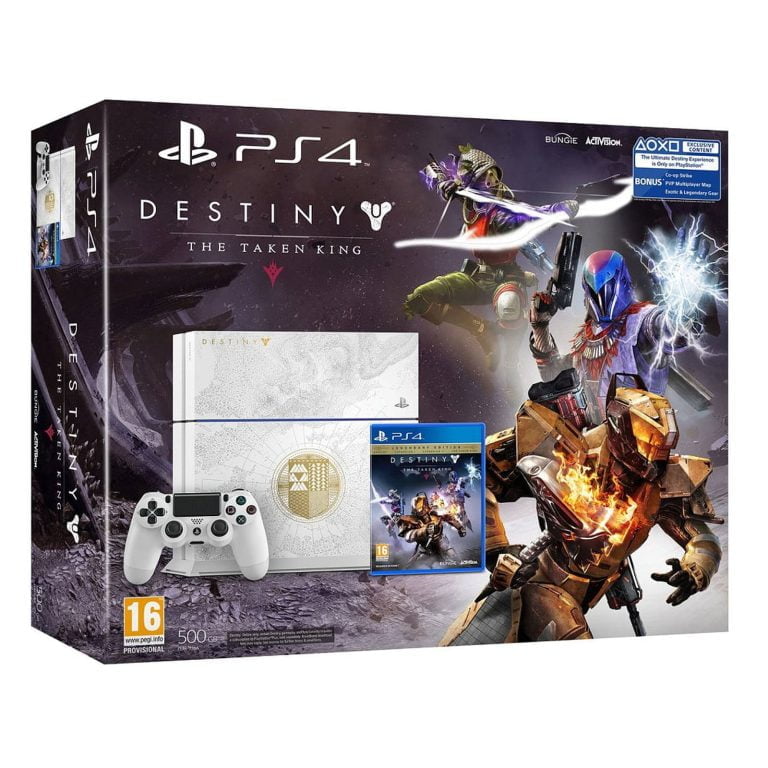 Sony and Destiny 2 developer Bungie have teamed up to release a Destiny-themed limited edition PS4 bundle. The latter will debut alongside Destiny’s console release scheduled for September 6th. The new bundle will include a Glacier White PS4 Pro and a copy of Destiny 2 game.

As for console’s technical specs, it possesses a 1TB HDD and a matching DualShock 4 wireless controller. In addition, customers who purchase the bundle will get a voucher providing them with access to the Expansion Pass and some premium digital content. The bundle will come at a suggested price of $449.99.

As for the aforementioned “premium digital content,” neither Sony nor Bungie revealed in-depth details. Still, players got a confirmation that the bonus content pack will be comprised of a new ship, a competitive multiplayer map, a three-person co-op Strike, an exotic weapon as well as an exclusive gear set.

These incentives made Xbox One players voice their displeasure at the fact that the bundle is available for PS4 players only. Others expressed their hopes that new bundles will follow in near future.

Prior to Destiny 2 launch in September, console players will be able to try the beta as well. It kicks off on July 21st. Players who have pre-ordered the game will gain access to the beta on July 18th.

According to previously released information, the beta will be packed with content. It will give players the chance to try the three new subclasses. They will also have access to the first single-player campaign mission, the two competitive multiplayer games and maps in the Cubicle. The Inverted Spire-a three-person co-op strike will also be included.

As of today, the PS4 Pro bundle can be pre-ordered. However, not all players will be able to take advantage of that convenience. The pre-order option is available for certain regions only.