Blizzard Entertainment has officially revealed the release date of the Necromancer expansion for Diablo III. The latter will go live across all platforms on June 27th. 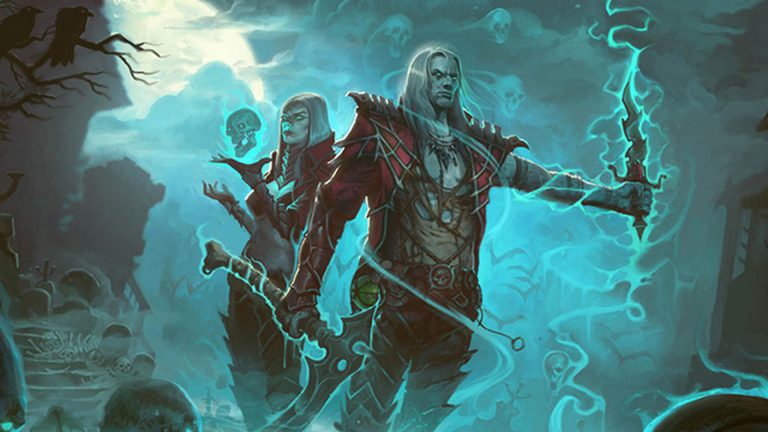 Blizzard Entertainment has officially revealed the release date of the Necromancer expansion for Diablo III. The latter will go live across all platforms on June 27th.

The expansion brings the return of the Necromancer class fans know from Diablo 2. The returning class was developed to commemorate the 20th anniversary of the Diablo series.

The Rise of the Necromancer will feature two new character slots, two stash tabs for PC players, as well as a Golem in-game pet, and Cosmetic Wings of the Crypt Guardian. Blizzard representatives elaborate that the expansion will include a “Necromancer portrait, banner, sigil, and accent, and Blood Master pennant.”

Diablo III Eternal Collection for PS4 and Xbox One will include the base game, the new Rise of the Necromancer, and the Reaper of Souls. The expansion will cost $15 for PC, Xbox One, and PS4. Owners of Xbox Gold and PS Plus are given a special incentive from Blizzard. They can purchase the Eternal Collection at a “special introductory price”.

The Necromancer arrives with a collection of skills, runes and passive abilities. Cursing enemies and summoning companions are among the available features. Bone spear and corpse explosion abilities are also present.

During the beta testing period, some of the ludicrous item and ability combinations of the Necro have been fixed. The full information about the gear sets and legendary items is available on the Diablo 3 blog.

In addition to the Necro, a free update is due together with the expansion that will add Challenge Rifts. It will work in the following manner. The system picks up a rift dungeon that has already been run by one of Diablo 3 players. Then, every player takes a shot. However, players must use that player’s character as well as their build and loadout.

The Necromancer is the first Diablo 3 expansion where Blizzard added a new class. Although the developer claims it has been created to celebrate Diablo’s anniversary, fans remain hopeful that more class expansions will follow in future.