Urgot, one of the legendary LoL champions has finally received its own update. Players have unanimously confirmed that Urgot has all chances of building himself a role as the first true ranged juggernaut in League of Legends. 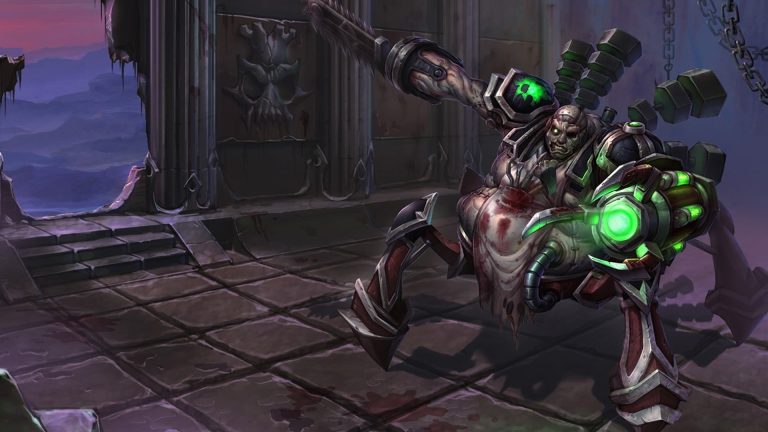 Urgot, one of the legendary LoL champions has finally received its own update. Players have unanimously confirmed that Urgot has all chances of building himself a role as the first true ranged juggernaut in League of Legends.

Riot representatives have previously announced that Urgot would be remastered, but they were reluctant to share in-depth details about the full kit. Now, when Urgot’s major champion update is revealed, fans define him as the most intimidating LoL champion.

The reworked Urgot has spidery legs that shoot a shotgun blast in the focused direction. Urgot also has the ability to reposition his enemies. He can either flip them or reel them in with his ultimate.

Urgot received an instant-kill ability, which is a reason enough to be called the scariest LoL champion. He is bulky, menacing and meaner than ever before.

Urgot’s new kit contains machine guns, grenades, chains, poison. He can crush anything that stands in his way. His renewed skills are:

Urgot has his weapons attached to his knees. When he points one of his spider-like legs in one direction, it fires a shotgun-like spray of flames. Fans consider the passive really cool especially when it comes to trading damage in line.

The new Q is an improved version of his grenade ability. When he shoots the grenade, it not only marks onto the enemy but also slows them when it detonates and deals a significant damage. The tool is great for chasing enemies or ganking. However, his lane opponents can use it as a zoning tool.

The new W enables Urgot to do some horrifying things. He can fire a machine gun at nearby targets, stomps over minions while moving and prioritize targets that have been locked onto. His passive is triggered when a machine gun passes one of his legs. Urgot walks more slowly while shooting, but becomes resistant to incoming slows.

The E is arguably Urgot’s fanciest new ability. He charges forward in a direction and eliminates all enemies in his path. He stops when he meets a champion. Then, he grabs them and throws them to the other side of him – damaging and locking onto them.

Before the full kit introduction, there were speculations that Urgot would have a furnace-like ultimate that would hook and instantly kill enemies. Some players did not believe that he would get such a fantastic ability, but it turned out that Urgot received exactly Fear Beyond Death ultimate.

Enemies are left with no chance to react. They can stop Urgot only by killing him. Otherwise, he cannot be stopped, blocked or shielded.

Urgot fires a drill that grinds into the victim and deals damage and slows it down. His ultimate’s description reads that “While impaled, if the target falls below a health threshold, Urgot may re-cast Fear Beyond Death to suppress the target, slowly reeling them in and – when they reach him – executing them.”

Urgot’s new abilities will most probably be released in Patch 7.15. The patch release itself is expected in the next few weeks.