The Xbox One X arrival will be accompanied by a limited “Project Scorpio” edition. That is what Microsoft announced during the pre-Gamescom briefing. 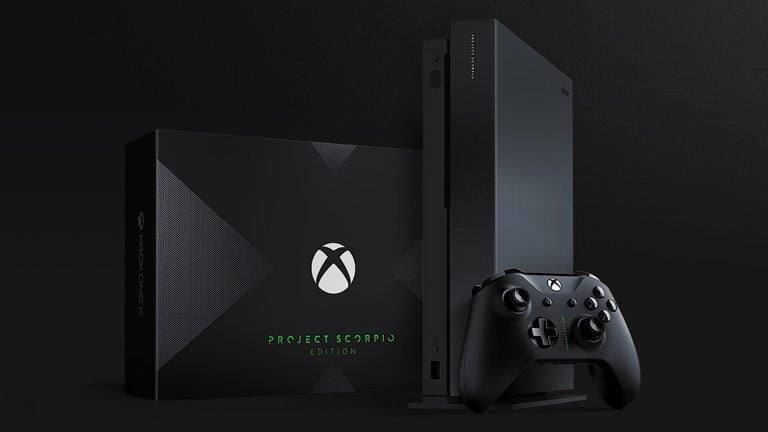 The Xbox One X arrival will be accompanied by a limited “Project Scorpio” edition. That is what Microsoft announced during the pre-Gamescom briefing.

Back in June, Microsoft introduced the new console at the E3 event. The piece of hardware, promoted as “the most powerful console” had the codename Project Scorpio. Although it was clear that this was not going to be its final name, fans got excited at the console with a sting in its name.

That is why Microsoft has decided to honor players’ love and support and reveal the Xbox One X Project Scorpio Edition console. The latter will feature a special design and a “Project Scorpio” phrase etched on the console and the controller. The console possesses a 1TB hard-drive and users will also be complimented with a 14-day Xbox Live Gold subscription, a 30-day Xbox Game Pass subscription, and a vertical stand for the console.

Microsoft highlighted that the special edition will be available only “while supplies last”. It is essential to note that at the time of writing, the standard Xbox One X version cannot be pre-ordered. The Xbox One X Project Scorpio Edition is available for pre-order at major online retailers. It comes at a price of $499 USD / £449 GBP / 499 EUR. The Xbox One X is scheduled to release on November 7th.

Amidst the excitement about the Xbox One X and Xbox One X Project Scorpio Edition launch, it became clear that the Crackdown 3 release has been delayed. The announcement came as a huge disappointment to players and it is likely to have a negative impact on the revenue Microsoft generates from the new consoles.

During the Gamescom pre-briefing, Microsoft announced that a Shadow of War Xbox One S bundle, as well as a Limited Edition Minecraft version, are slated for release. The company also pointed that games such as Halo 5 and Gears of War 4 will get free 4K upgrades.

Players who decide to switch from an Xbox One to Xbox One X will have no troubles with the settings as they can be automatically carried over from the old console to the new one. Data saved on the external hard-drive can also be transferred. Games downloaded to the internal storage can be copied over via the in-home network.