Soon after the announcement that it is going to enter the mobile gaming market, Razer announced yet another strategic investment. The popular computer hardware company has acquired a minority stake in the Malaysian fintech startup MOL AccessPortal. 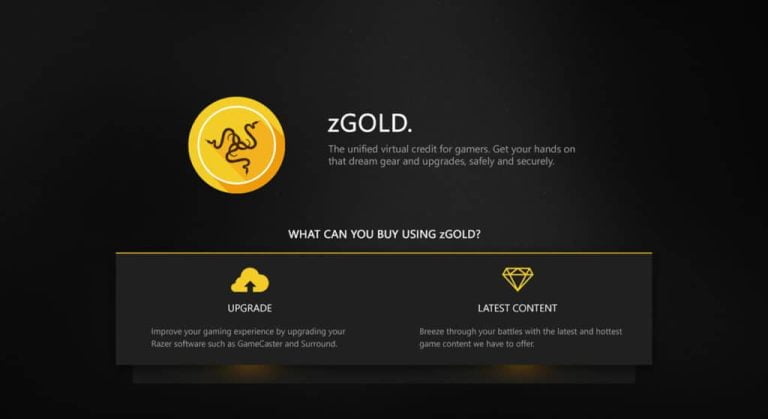 Soon after the announcement that it is going to enter the mobile gaming market, Razer announced yet another strategic investment. The popular computer hardware company has acquired a minority stake in the Malaysian fintech startup MOL AccessPortal. As a result, MOL will become the master distributor of zGold, Razer’s virtual currency. MOL itself has MOLPoints virtual currency. In order to give reverence to Razer, the name will be changed to zGold-MOLPoints.

The zGold-MOLPoints will be distributed through Razer’s online network. Customers will also be able to purchase them from a variety of online and offline stores in selected countries. For the time being, the points will be available in 17 countries predominantly located in Asia.

zGold is a part of the zVault digital wallet platform powered by Razer. Gamers can fund their e-wallet by transferring funds from their PayPal account, debit or credit card. The deposited funds are converted into zGold-MOLPoints. These can be used for purchasing gaming titles available in PlayStation Store SEA or Gameroom.

Razer’s objective is to make the zGold a primary virtual gaming currency on a global scale. Razer’s CEO Min-Liang Tan was quoted as saying that the partnership with MOL would enable Razer to provide gamers with a broader range of payment options, digital content and rewards.

Preecha Praipattarakul the CEO of MOL Global, also commented on the partnership with Razer. He said that he sees it as an opportunity for providing gamers worldwide with better access to great content.

According to the clauses, the agreement between Razer and MOL contains, the two companies are also going to work in collaboration towards “boosting the innovation in the fintech sector”.

The partnership between Razer and MOL came as no surprise to market analysts. They reminded that Razer has been working hard towards expanding its technology portfolio. Mere days ago, Min-Liang Tan announced that the company was focused on entering the mobile gaming market. Razer has also acquired THX and Nextbit. Back in September 2016, the company has started the ambitious zVentures project with the aim of targeting companies working on augmented reality, artificial intelligence, robotics, eSports, gaming software development, and IoT (Internet of things).