April Fools’ is a day when big labels and companies indulge harmless pranks, so it is totally understandable to think that the latest announcement for the much-anticipated Rage 2 is nothing but a joke. However, … 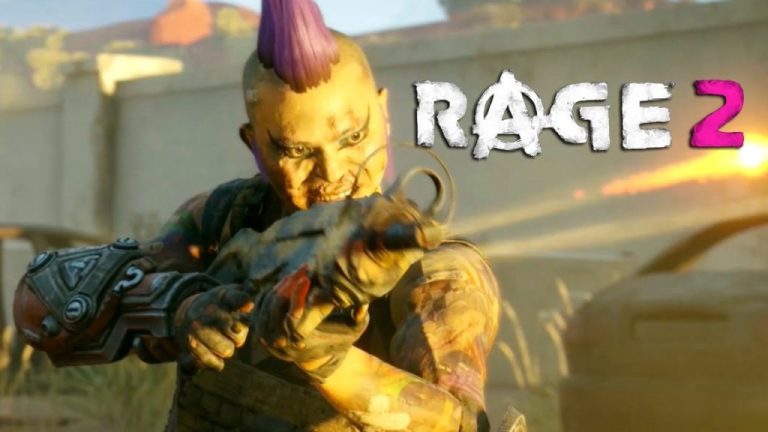 April Fools’ is a day when big labels and companies indulge harmless pranks, so it is totally understandable to think that the latest announcement for the much-anticipated Rage 2 is nothing but a joke. However, the publishers told fans that it is 100% legit: those who pre-order the game will get Tim Kitzrow, NBA Jam announcer, to deliver celebratory wisecracks as they destroy enemies in the wasteland.

Publisher Bethesda Softworks announced that Rage 2 pre-order customers will get a “cheat code” that enables the Tim Kitzrow announcer pack. Kitzrow who is known for his role in the NBA Jam franchise will grace the game with his quips. Players can use the “He’s On Fire” code that will unlock blow-by-blow commentary from NBA Jam voice over himself. For those who are still skeptical if this is the real deal given the timing of the announcement (April Fools’), a Bethesda representative assured Polygon that “this is 100% real, it is not a prank”.

Progressing through Rage 2’s post-apocalyptic wasteland, Kitzrow will spew iconic and well-loved NBA Jam lines like “he’s heating up”, and “boomshakalaka”. Kitzrow will also voice Rage 2’s original commentary, such as “you just sliced her head right off” among many others.

In the gameplay trailer accompanying the announcement, the commentary seems to be on point and responsive. We can see that after a dodge, Kitzrow commented, “Can’t touch this.” When the player flings an enemy into the air, Kitzrow shouts “fly like an eagle,” and then he shouts “bang” when the player snaps their fingers to light up the enemy.

Will it Live Up to the Hype?

We don’t have enough information on whether the commentaries will come in a vast variety. After all, the fad and novelty could quickly lose its charms if Kitzrow shouts “from downtown!” every time you shoot down enemy while jumping around. We just have to wait on what else this commentary pack has in store for us.

Rage 2 is set to be released on May 14th for PlayStation 4, Windows PC (via Steam), and Xbox One.