Mere hours ago, the hardware giant Razer, announced that it has added two gaming headsets to its ever-growing portfolio. Earlier today, the company introduced the Razer Tiamat 7.1 V2 and the Tiamat 2.2 V2 headsets. 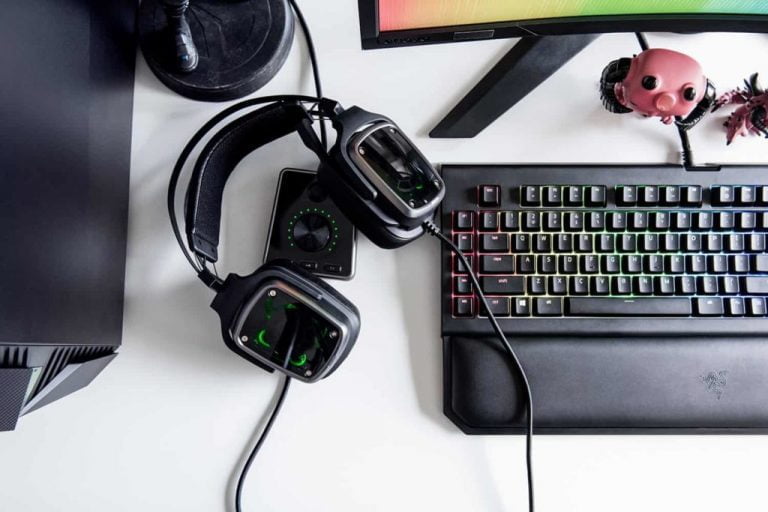 Mere hours ago, the hardware giant Razer, announced that it has added two gaming headsets to its ever-growing portfolio. Earlier today, the company introduced the Razer Tiamat 7.1 V2 and the Tiamat 2.2 V2 headsets.

The Tiamat 7.1 V2 is the long-awaited successor to the Tiamat 7.1 model unleashed in the distant 2012. The 7.1 V2 uses the same driver setup as its predecessor, but the overall sound quality has been significantly improved. The new headset version comes with 5 speakers in each earcup, a 40mm subwoofer, 30 mm front and center drivers, and 20 mm rear and side surround drivers.

Each of the earcups has plastic coating and green backlighting for each of the drivers. The headset possesses the so-called “Audio Control Unit”. The latter enables users to adjust the volume of each channel independently via the turn dial.

The Tiamat 7.1 V2 possesses a unidirectional microphone. The Razer Chroma enables users to choose between 16.8 million color options. It is also essential to note that Razer is among the few companies that still releases headsets featuring truly analog surround sound. Many companies have already settled for virtualized 7.1 sound.

The Tiamat’s 7.1 V2 headset counterpart is aptly named 2.2 V2. The latter is not as feature-packed as the 7.1 V2. Having said that, the 2.2 V2 is a stereo-only headset that comes with a unidirectional microphone and 50mm subwoofers that ensure a heavy bass sound.

The headset possesses a standard audio jack that makes it compatible with consoles, Mac, PCs, and mobile devices.