The hardware maker Razer announced a significant upgrade to its flagship Mamba mouse. The new wireless Mamba HyperFlux is a worthy successor to the original Mamba and it is devoid of a battery. 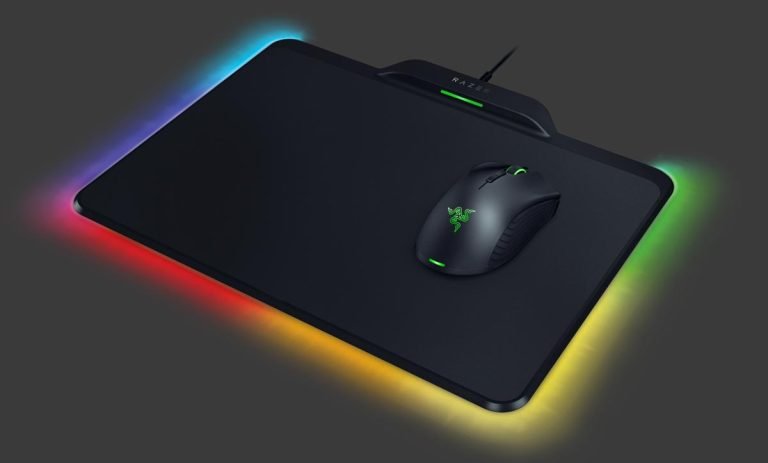 The hardware maker Razer announced a significant upgrade to its flagship Mamba mouse. The new wireless Mamba HyperFlux is a worthy successor to the original Mamba and it is devoid of a battery. Instead, it will be powered entirely by the charging Firefly HyperFlux mat. The two devices will be sold as a combo.

The Mamba HyperFlux features a 5G optical sensor and offers a max DPI of 16,000, 1000Hz polling rate tracking speed of 450ips and 50G acceleration. The mouse has mechanical switches and nine buttons, customizable via the Synapse software. The lack of battery makes the Mamba HyperFlux one of the most lightweight wireless gaming mice out there. It weighs only 96 grams (3.38oz).

The mouse ships with an optional 6.89ft (2 meters) cable for wired play for the occasions when you, for one reason or another, cannot use the FireFly mat.

Both the mouse and the pad offer 16.8 million color patterns, but the new Mamba does not have RGB lighting strips along the sides like its predecessor.

The Firefly HyperFlux mat and the Mamba HyperFlux mouse connect via a magnetic field that transfers power to the mouse. The Firefly is a two-sided charging mousepad. The hard side is recommended for fast mouse movement in MOBAs, while the cloth surface ensures accurate aiming in shooters.

The addition of a wireless power transmission surface made the upgraded Firefly mousepad three times thicker than the original one (12.9mm/ 0.5 inches).