Shortly after the announcement that the Red Dead Redemption 2 release was put off until Q2 of 2018, Rockstar Games revealed details about the long-awaited GTA 5 update. The Gunrunning is defined as a “massive” expansion for GTA Online and it is slated to launch in June. 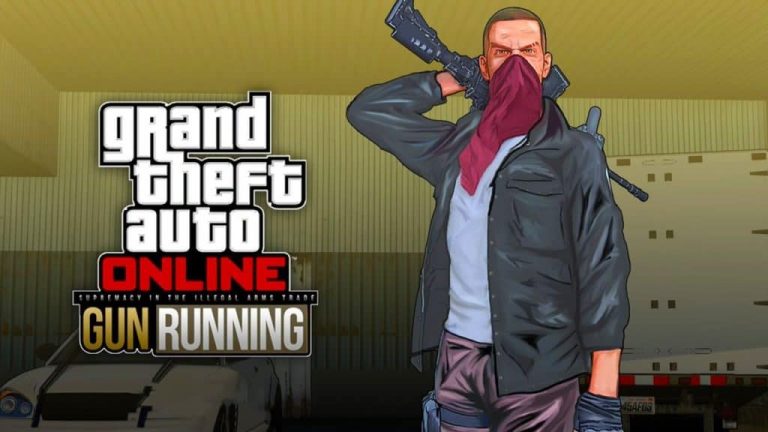 Shortly after the announcement that the Red Dead Redemption 2 release was put off until Q2 of 2018, Rockstar Games revealed details about the long-awaited GTA 5 update. The Gunrunning is defined as a “massive” expansion for GTA Online and it is slated to launch in June.

Rockstar representatives did not specify a release date. They were reluctant to share in-depth information about the dirty deeds players can perform, and the customization options they will be given access to. Still, the update name suggests that it will be focused on the criminal activity and the illegal weapons trafficking industry, in particular. The Gunrunning is a deviation from the car-focused updates trend that has recently hit the industry. It is considered the logical follow-on to the Bikers, and Executives and Other Criminals updates.

The Gunrunning will give players the chance to buy bases beneath the ground in Blaine County. “Hatches” will also be available. In these “mysterious properties,” players will be able to manufacture weapons and military vehicles and earn a “top dollar” in reward for their participation in weapons trafficking. Last but not least, the update will bring gun ranges for target practice feature.

The Gunrunning will also introduce new transportation options, the most notable of which is the armored personnel carrier. The latter is available in GTA 4’s Ballad of Gay Tony add-on, but now the APC will be amphibious. A Mobile Operation Center is yet another new feature and it is intended to allow on-the-go vehicle customization options.

Grand Theft Auto V was rolled out in September 2013 and since then, Rockstar Games has been grinding new updates of GTA’s multiplayer mode. Although the flow of content included new buildings, weapons, cars and new modes, players were impatiently waiting for a more substantial update.

The approaching release date made the Gunrunning the main subject to discussion among GTA enthusiasts. However, one troubling question emerged amid the excitement. Avid fans keep asking whether and when Rockstar will consider giving them a rail gun. Some believe that such a thing is not going to happen anytime soon, but even if it does, it will bring about issues related to the constant weapon abuse.

Time will tell whether Rockstar will respond to players’ demands. One thing is for sure, the Gunrunning update will tide players over until the spring of 2018 when the Red Dead Redemption 2 launch will be in the spotlight.