ASTRO A50 Review: For 7.1 Surround Junkies

I’ve been after a great surround headset for a while now. The Astro A50 Wireless seems a legit candidate. I am not a person who reads some amazing specs and then proceeds to swiping their credit card. Checking the factors for the best gaming headset is serious business. Need a substantial and true review of the Astro A50? Let’s go! 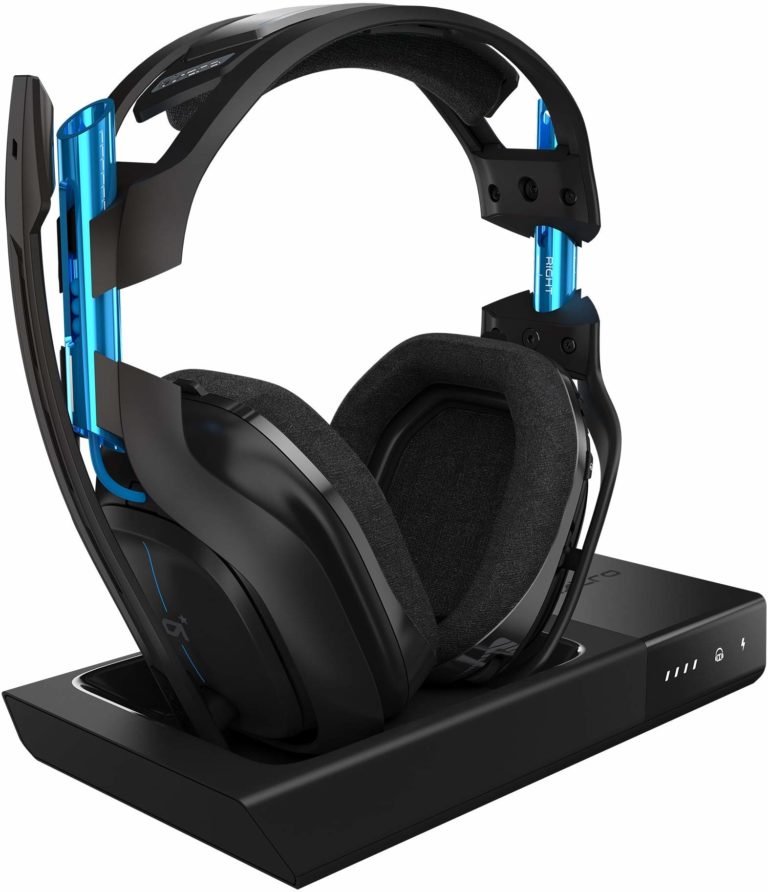 Is the Amazing Surround Sound Worth the Price Tag?

Nothing is perfect, a fact of life. Even if you have assembled your gaming world to the very last piece of the puzzle, and paid for that in blood, sweat, and tears.

One way to tackle this is to throw in an exceptional gaming headset. That is a proven life(game) hack. Better audio detail means more immersive experience, not to mention the tactical advantage of surround sound.

I’ve been after a great surround headset for a while now, and the Astro A50 Wireless seems a legit candidate. I am not a person who reads some amazing specs and then proceeds to swiping their credit card. Checking the factors for the best gaming headset is a serious business. Need a substantial and true review of the Astro A50? Let’s go! 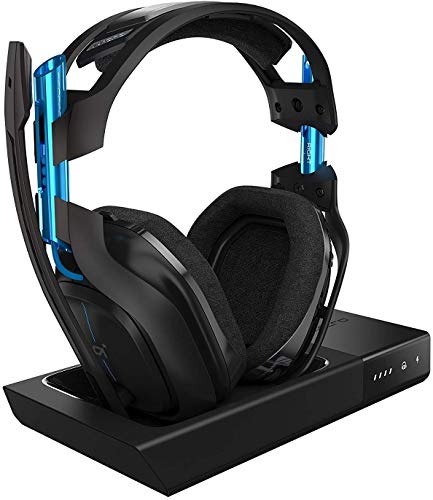 The Astro A50 Wireless looks and feels like a premium gaming headset. It is well-made, thanks to the materials used, and Astro has managed to emphasize that this headset is made to last. If the price tag tells the right story, then it should well be.

The A50 comes in two versions to answer your questions regarding platform compatibility.  Xbox players have a green and gray one at their disposal, while PS4 players can opt-in for a blue and black version. PC gamers may rest assured that both are PC compatible, as if PC guys needed one more reason to brag.

The A50 is 380g in weight and is fairly comfortable even for longer sprees. This is mainly due to the well-padded headband and ear cups which do a good job cushioning the weight.

However, like most gaming headsets, this one is not portable. They can’t be folded, so this item is not something that can be easily carried around. Additionally, to ensure flawless wireless operation, this headset needs to be within the range of the base station.

Though the A50 looks bulky, the weight is manageable. To make the headphones lighter, the headband is a semi-hollow. It is also flexible, but not resistant to bending because of its metal frame. Comfort-wise, the cushioning is generous. It managed to distribute weight evenly on my head.

The Astro A50 is fashioned with well-padded ear cups. The material is soft and luxurious. Pads stay quite cool even after long use, and they don’t put too much pressure on the head sides.

As for controls, this set is easy-to-use and responsive. The A50’s controls consist of a volume dial, a slider for switching between different EQ presets, and a Dolby button to activate the Surround Sound effect.

It also has two additional buttons on the right ear cup that let you manage the mix between in-game audio and chat voices. This feature is handy when playing online multiplayer games.

Astro A50 Sound and Performance

The Astro A50 sounds amazing and certainly lives up to its gaming tag. This is not at all surprising, knowing Astro’s history of making quality products like the A40 TR, which is A50’s sibling.

During my gaming session with this headset, I experienced an exquisite, deep, and steady bass, a prominent and neutral mid-range, and a well-adjusted treble. This is a gaming headset rather focused on ambient sounds and explosions. During regular music sessions, I did notice that the bass and mid-range tend to be a bit sloppy and cluttered, and the treble a bit harsh.

The Astro A50 Wireless is not equipped with ANC, so it doesn’t block a lot of the noise coming from outside. It could be remedied by upping the volume a couple of notches. These tactics, however, usually result in sound leakage, so if your SO is sleeping next to you, that option is a no-no.

Overall, the audio of the A50 is good for gaming. The 40mm neodymium magnet that powers its driver is powerful and your best buddy in immersion. Plus, the Dolby Headphone 7.1 Surround Sound was awesome during my God of War 4 sessions. Not to mention the tactical advantage that I got when playing CS: GO. Footsteps and other detailed sounds were picked up perfectly, and the gunfire sounded super realistic.

Connectivity, Base Station and Software

The Astro A50 Wireless has a good wireless range of 30ft. Another advantage is its low latency which makes it perfect for gaming.

Moving on to the A50’s base station, I’m sure many will find it attractive. It is slim, sleek, and well put together. The case is a combination of matte black and shiny black plastic. Looks sophisticated and will fit any gaming rig.

Besides its convenient dock charging feature, it also doubles as a stylish holder. Sadly, the base station will only work with the A50s version you have purchased. If you are an owner of both PS4 and Xbox One consoles, you will be able to switch between them only if you buy a separate base station.

There is a downside to the base station. The A50 has reports of losing connection. I myself have experienced this issue, but I admit I might have been too far from the receiver. To re-connect, I got closer and wiggled it a little to capture it again.

Customization-wise, the A50 is compatible with ASTRO Command Center software. This app will give you complete control over your audio preferences and in personalizing your experience. In here, you can tinker with voice communication and game audio settings. Compatibility is a non-issue, as it is available for Windows 10, Xbox One, and Mac.

Gaming headsets usually have all resources focused on making them sound better, and that will often leave the mic neglected. This is not the case here.

The Astro A50’s microphone is a pleasant surprise. During my Discord “tactical meetings” the squad told me I sound clear. Though a bit nasal, it is not something that is bothersome. If you will use this mic for normal in-game chats it will perform fine. If you are serious about streaming, then I suggest you headed over to our best mics for streaming review to get a piece of valuable advice.

Since this is a wireless headset, the battery performance score is of utmost importance. The A50s are good but slightly frustrating. Let me explain.

The A50 can sustain about 13 hours of continuous usage, which is reliable and should be adequate for most gaming. Plus, they also automatically turn off, which will save some juice.

This is where it gets annoying. This battery saving feature is aggressive, it turns the headphones off after 5 minutes if you’re only using the microphone. It will turn them off too if you are only listening to your playlist for 17 minutes. Good thing, the latter only occurs if your head is not moving. Should the headset itself be idle for 17 minutes it will turn off again. Understandable, but not always practical.  Sadly, this feature can’t be disabled, even from the Astro Command Center.

The Astro A50 is a solid gaming headset offering a very satisfying immersion experience. This headset is well-built and long-lasting, plus it sports comfortable ear cups and headband suitable for heavy use.

You also get a clear and reliable microphone. The aggressive battery-saving feature might turn off some users. But then again, if what you crave is great immersion and good quality product, the A50 is a good catch.

Should you be seeking a straightforward wireless immersion experience that is kinder on your wallet, then I suggest you looked elsewhere.