With this rodent, the company has introduced the world’s first Qi charging mouse. This feature sets Corsair apart from others. It will make it easier to recharge the Dark Core RGB SE on almost any charging pad. Super convenient indeed, but is this feature sufficient to justify this mouse as a worthy investment? Let’s find out. 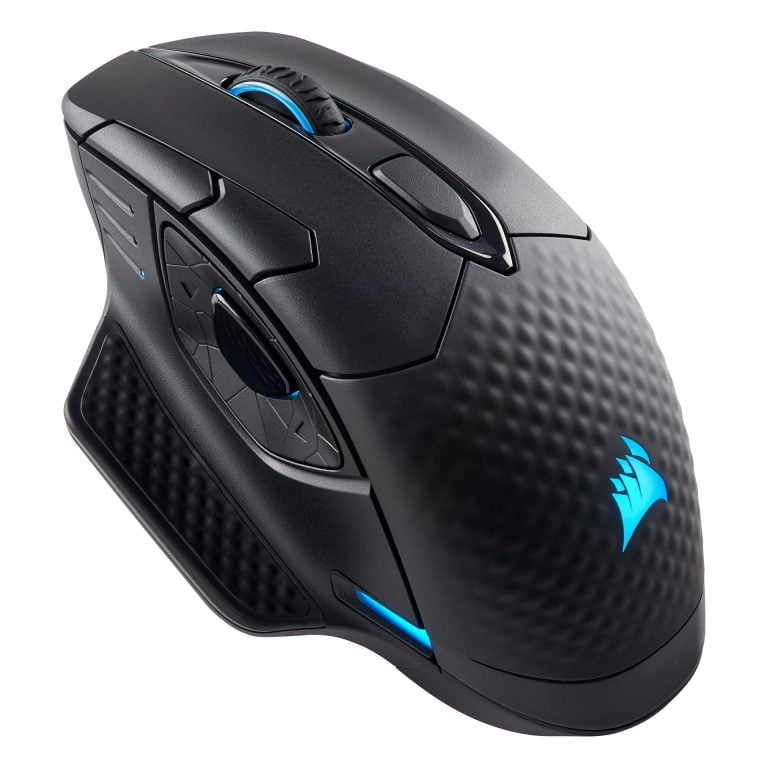 It is no secret that until recent times, gamers used to frown upon wireless gaming mice. That was mainly due to latency and unstable connections. The tides have turned of late, wireless technology is now the pinnacle of engineering, and gaming companies are embracing this trend.

Corsair has also joined the fun, and are now offering their first wireless gaming mouse. The Dark Core RGB SE has top of the line features while maintaining a well-balanced price point.

With this rodent, the company has introduced the world’s first Qi charging mouse. This feature sets Corsair apart from others. It will make it easier to recharge the Dark Core RGB SE on almost any charging pad. Super convenient indeed, but is this feature sufficient to justify this mouse as a worthy investment? Let’s find out. 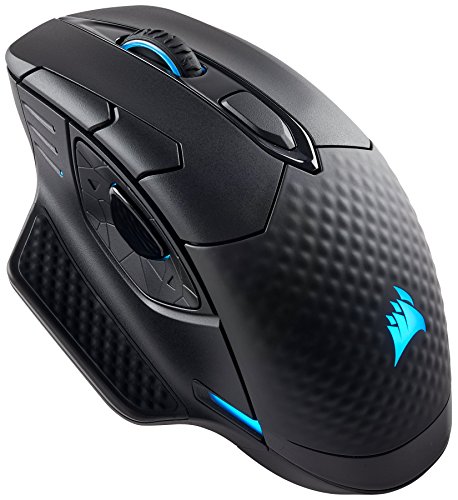 The overall shape of the Dark Core RGB SE is longer than any of Corsair’s gaming mice. This will probably annoy gamers with a claw grip. I bet the reason for this design is to cater to the Qi charging components that can be found in its rear. At 6.6 x 3.5 x 1.7 inches in size, you might also find it too large if you have small hands as I do.

The Dark Core SE has 9 buttons in total, so it is an acceptable mouse for MMORPG players. The two main buttons are tactile and crisp thanks to the Omron switches. I encountered no difficulties during my testing. The two side buttons are separated by a sniper button that can function as a DPI switch when held down. However, I couldn’t help but notice the back and forward button positioning. I feel that they are a little too much apart from each other to make room for the sniper button.

Underneath the mouse’s frame, there are two switches. The first one is a power switch you would be using when you don’t need the mouse. The other one toggles between the fast 1ms 2.4GHz wireless connection and Bluetooth, which is more convenient if you have a couch set-up.

The market is filled with best wireless mouse contenders. It is therefore no wonder that gamers are having a hard time picking a good responsive mouse. The Dark Core SE is just that, despite the stigma that wireless mice have to bear. With the PMW3367 sensor under the hood, it has exceptional tracking on any optical-compatible surface.

With a maximum 16,000 DPI, and 1,000Hz polling rate, the Dark Core RGB SE feels just as responsive as a wired gaming mouse.

During my testing, I tried it on Final Fantasy XIV Online, and I was not disappointed. The extra buttons served me well. For some FPS action, and specifically to try that sniper button, I played Tom Clancy’s The Division 2. I noticed no lags in tracking, my movements were fluid, and it was a jitter-free experience. The Corsair Dark Core RGB SE is a great weapon if you fancy being a ‘virtual-gaming death reaper.’

This mouse might be heavy for some users at 128g, especially for players used to lighter FPS mice like the Razer Mamba HyperFlux or the Logitech G Pro. It does feel quite heavy in my hand and will take some time to get used to.

The Dark Core RGB SE is advertised as able to run for over 16hrs with standard lighting, and 24hrs with backlighting off. I tested this, of course, going for my Skyrim ft. League of Legends marathon. Though I did not really time it down to a second, the mere fact that I managed to play 2 gaming sessions for 2 days, is good enough for me.

The charging system for this rodent is different than the standard plug and play – it is wireless. Logitech (Powerplay), and Razer (Firefly HyperFlux) have a proprietary wireless charging system, whereas Corsair has decided to adopt the universal Qi standard. This means that you won’t have to buy a specialized mouse pad. The Dark Core RGB SE can be charged using the pad that you use for your iPhone X, Samsung Galaxy Note 8, or any other smartphone using this technology.

Should you still want the combo pad, Corsair has a wireless charging mouse pad alongside the Dark Core RGB SE, the Corsair MM1000 Qi. Don’t worry; it is more affordable than its competitors’. 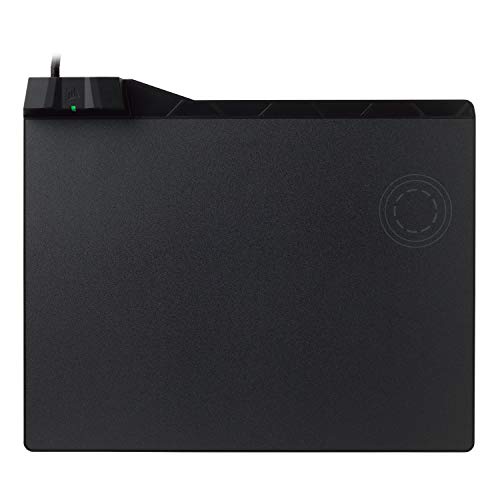 If you opt to get the MM1000 Qi, note that it also comes with USB-C, mini USB, and Lightning port adapters. This means that you can use it for charging other devices. However, I noticed that the MM1000 Qi delivers this power in tiny portions, so charging your other devices will take longer.

This mouse is compatible with Corsair’s iCUE software. This program will grant you control over the RGB lighting. The three configurable DPI sensitivity settings plus that of the sniper mode can also be personalized. If you are a meticulous gamer that loves macro, you can also reassign mouse buttons to other functions if it does not suit your style. You can also store up to 3 onboard gaming profiles on this mouse.

Corsair Dark Core RGB SE has performed well. I can say that it might be one of the best that I have used. If you are debating on whether to add this to your arsenal, you should consider the long battery life and pinpoint accuracy as just two of its best traits. The price/value ratio proves it to be more cost-effective than the Logitech G903, or the Razer Lancehead, while being on par with their quality and performance. The size and weight might turn off some gamers but it is nothing a few rounds of CS: GO can’t cure. If you can’t really go past it, the Razer Mamba HyperFlux is the next best choice.