Sure, this gaming mouse looks so ordinary that if you turn off the RGB lighting, you could easily mix it up with a regular office mouse. However, there is more to the Minos X5 than meets the eye. 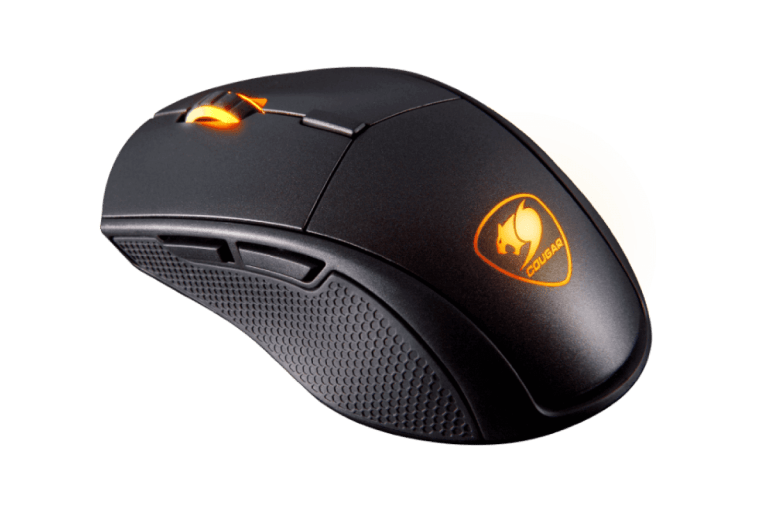 Yes, COUGAR has been in the tech industry for some time now, and though its main focus has been PC components, over the past few years it has expanded to gaming. So, I’d expect that, many are unaware of the company’s solid range of gaming gear.

One of the prime examples is the COUGAR Minos X5. Sure, this gaming mouse looks so ordinary that if you turn off the RGB lighting, you could easily mix it up with a regular office mouse. However, there is more to the Minos X5 than meets the eye. 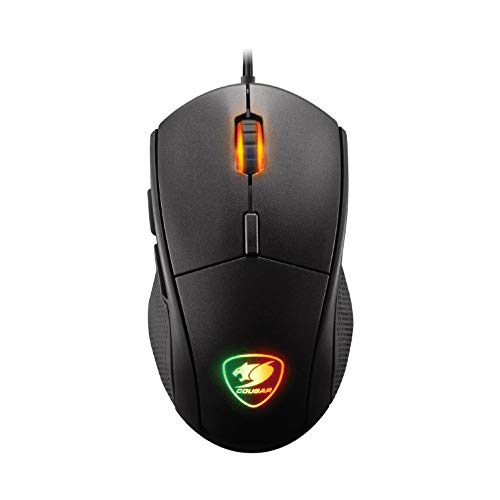 The Minos X5 is a true gaming mouse. From the RGB zones down to the larger hump, it is, without a doubt, a frame built for gaming. You may well bring it with you to the office, and it will not stand out like a sore thumb. Left-handed gamers will be happy to know that it’s ambidextrous, too.

The fit is very nice for both palm and claw grippers, though it favors claw grippers. The Minos X5 is fitted with rubberized sides and a honeycomb-like surface for a non-slip grip. The half matte and half glossy surface is a nice touch. Though the mouse feels smooth, I noticed that it is a bit prone to gathering grime and dust.

The COUGAR Minos X5 is best suited for gamers with small to medium-sized hands. It is 120 mm long, 65 mm wide, and 38 mm tall, and weighs 92 grams. It is lightweight and can be easily classified as an FPS mouse as gamers who play shooters love their mouse light. The weight is distributed quite evenly too.

The Minos X5 is powered by a state-of-the-art optical sensor, which guarantees precision and responsiveness.  The resolution can be tuned from 100 to 12,000 CPI. You can also set the X and Y axes with different values. The polling rate can be set to as high as 2000 Hz. And if you are meticulous about your mouse’s setting, the X5’s got you covered with the choice of three lift-off distance modes.

The Minos X5 has only six buttons, so it can’t be classified as an MMO or MOBA mouse. So if you plan to use it for macro plays, you may find yourself a bit limited.

Clicking the two main buttons of the Minos X5 feels quite pleasant. They actuate fast but super tactile. I noticed no pre-travel actuation, though there is a 1 mm post-travel. At the heart of the mouse are two Omron switches rated for 50 million clicks.

The side buttons are decent enough, but I noticed a bit of travel before actuation. They also feel slightly mushy; it might be just me nitpicking as they function just fine. Neither accidental nor double clicks whatsoever.

The CPI changer can be found on top of the mouse and uses the same switch as the scroll wheel button. You don’t need to press it that much to actuate either, though it’s still a bit stiffer than other buttons to prevent misclicks.

Gaming with the Minos X5 is great thanks to its high-grade components. During testing, I tried playing some Apex Legends. The sensor is responsive, and the lightweight helps a lot with faster aiming. It also performs well in RPG games like Monster Hunter World. Taking down those pesky Tobi-Kadachi was a little bit easier. The Minos X5 also performs well on RTS games like Company of Heroes 2. So, overall it can handle most games, but it doesn’t excel at anything.

The Minos X5 is supported by the COUGAR UIX™ System. This exclusive software is easy to use, though it offers tons of customization options. You can create your gaming profiles and set up some macros, which you can import or export if you like. COUGAR has also added a rare macro function, where you can record a mouse movement with it. Once you have set everything, you can delete the software immediately if you hate bloatware on your PC.

You have tons of fancy options to choose from for the lighting! Some options are steady lighting, breathing, color cycle, as well as an interesting effect called “flow.” The RGB lighting for the scroll wheel and the Cougar logo can be set up individually. You can also assign distinctive lighting modes to different CPI steps. Fancy!

Unfortunately for folks who hate wires, this is a wired gaming mouse. On the bright side, the non-braided cable is thick and will probably last for a few years before it goes out of commission. It is 1.8 m in length plus the connector is gold-plated, sturdy indeed. Though it will be better if it is lighter and flexible, overall, it is easily controllable if you use a bungee.

The COUGAR Minos X5 is a highly functional gaming mouse. From its state-of-the-art sensors down to its customizable software, this rodent definitely delivers. So, if you are looking for a mouse that is reasonably priced and still manages to bring premium performance, then the X5 is the way to go.