Heroes of the Storm: Why it’s not the MOBA for Dummies 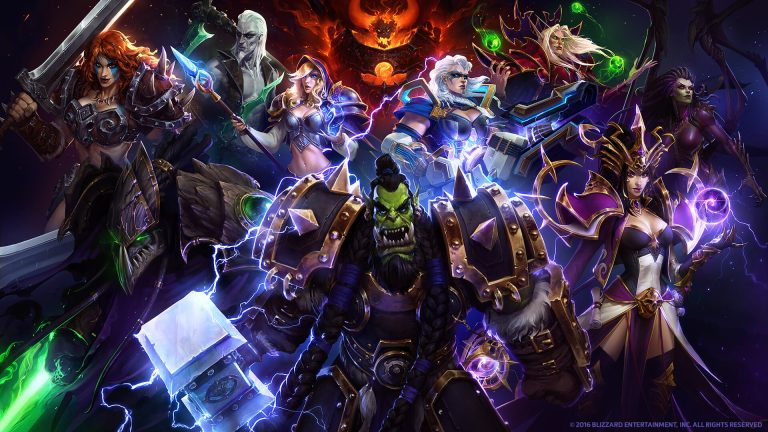 Since its induction to the gaming scene in 2015, HotS players have faced ample slack for siding with a MOBA that spits on the pillars of the genre: minion farming, items, and 40+ minute slug fests on a singular map. From the onset, Blizzard has seemingly done away with all the ingredients that made MOBAs a challenge. And to some extent it’s true—without the frantic pursuit of gold and laning, it’s not as individually taxing. However, the notion that without these familiar hallmarks the game cannot be called a true or challenging MOBA is false, particularly if one considers the bevy of additional features Blizzard has substituted it with.

14 maps. All with different objectives, lanes, compositions, bosses, mercenaries, timers, and cooldowns. In ranked, there’s usually 9 of these in rotation, however, that’s still 6 more than League, and 8 more than Dota at any given patch. Players are expected to understand map nuances and to know which character excel for the given battleground and situation, in addition to traditional counters, team synergies and the like.

League and Dota feel quite remote for the most part. For a good 10 minutes, precious little happens: your jungler jungles, your mid lane tries to feign missed skill-shots as attempts to farm, your support and adc combo hang back by the tower, furiously pinging for help because the enemy team is 10 CS ahead (and it’s the jungler’s fault, of course). Lanes are the lifeblood of MOBAs, capillaries of wealth that champions cling to in hopes of scoring timely items before the mad scramble of team fights begins.

In HotS, unless your hero is specialized as such, lanes hold much less sway. Getting experience is essential to gain the upper hand, however, depending on the map, your composition, and the objective, there’s a myriad of ways to achieve the same result without ostracizing 5 players to 3 lanes. This results in more frequent team-fights, more opportunities for enemies to shoot ahead with kills, and therefore requires constant revisions to the current strategy.

League and Dota have been around forever. Their selection of characters are immense and relatively well-balanced. When you consider that HotS entered the playing field only 2 and a half years ago, its development and growth are impressive. Sure, some of their older releases were abysmal – the pandemonium caused by OP Ragnaros and infinite living bomb Kael’Thas is still fresh in my mind – but they’ve done well to offer frequent patch fixes and balances along the way.

With 73 characters present in the Nexus, players are finally getting the robust character selection they need to make the game a better challenge.

It’s not about the carry

Perhaps one of the most rewarding—and awful— truths of HotS is that “carrying” is hard to initiate (unless you’re a pro, at least).

Heroes of the Storm is perhaps the truest “team” MOBA. With maps expecting immense cooperation and trust, games require everyone to pull their weight. As experience contribution is shared with all, there is no pulling ahead with gold and kills as a solo laner. If your composition falls apart, or your specialist doesn’t under the nuances of soaking, your team will crumble. At the same time, this opens up the opportunity for comebacks—a foreign concept in most MOBAs unless there’s a palpable late-game in sight. HotS thrives on the potential to punish weak team players or breakdowns in coordination. If the team’s ability to drive forward together disintegrates, it’s more than possible to come back and win the game.

Brawls, and Events, and Loot, oh my!

While not intrinsic to gameplay itself, Heroes of the Storm tries to offer its players more than the standard MOBA experience. You are rewarded for leveling up characters with loot (containing anything from voice overs, skins, in-game currency and more), enjoy a weekly rotation of maps with unique objectives, called Brawls, and are frequently invited to participate in patch-long games and missions which award players with additional trinkets for participation.

Sure, HotS players have a fountain that restores a portion of their health every 3 minutes, and don’t have to participate in a grueling lane phase, but it is not a simple MOBA for simple people. It has tried to differentiate itself from its kind by adding elements that increase the difficulty level and enjoyment without resorting to old pitfalls. So, the next time your support steals a CS and you tell ‘em to “go back to HotS”, consider how fortunate you are you get to hone your skills on 1 map for the rest of your MOBA career.