Have you ever wondered what Thresher sharks and gaming headsets have in common? Check our Razer Thresher Ultimate Wireless headset review. Even if you do not find any similarities between sharks and headsets, you may find a gorgeous addition to your console gaming arsenal. 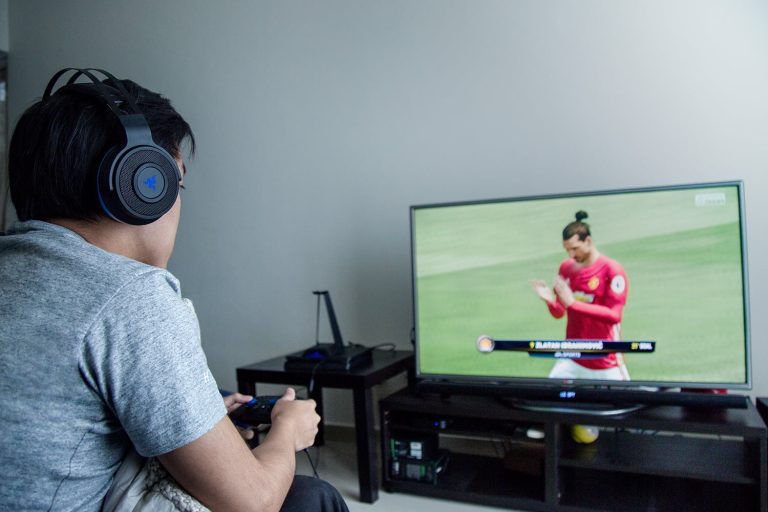 The Thresher Ultimate is the latest headset in Razer’s line-up designed to combine the console simplicity and the PC audio quality. When I looked at the price, my heart skipped a beat, but during my tests, I realized that the Thresher is a bit expensive for all the right reasons. The Razer Thresher looks fancy, sounds amazing and feels comfortable around your ears.

The Thresher is top-of-the-line gaming headset possessing all features a pro gamer may look for. I dare to say that Razer has a champion here and the Astro A50 has a fearsome rival.

In brief, the Thresher is a wireless headset that comes with an elegant base station, a retractable boom mic, a 16-hour battery life, 7.1 Dolby surround sound, and a 40-feet wireless range. If you are curious to find out more about the noteworthy features and the shortcomings I stumbled upon, go ahead and dive into the specs.

The Thresher Ultimate looks and feels classy. I guarantee your ears will love the soft cushioning and your roommates and family members will love its noise isolating capabilities. The headset comes in two versions- for Xbox and for PlayStation, but both of them work on PC, too. Depending on the console you use, you can pick a headset with blue or green accents. There is a glowing Razer logo on the two earcups, but I would not define it as obnoxious or obtrusive.

The arching steel headband, the extendable microphone and the mesh ear cups with distinctive green/ blue accents make it a peripheral you can brag about in front of your friends (or in-game enemies, it is up to you).

As for the ear cushions, they are made of faux leather and have fluffy foam inside. I am positive that you will not have the unpleasant “sweaty ears” issue. The headband itself is flexible and the best of all is that the Thresher is suitable for gamers who wear glasses. I mean, you will not feel the terrible pressure that is unavoidable when you use a $10 cheapo.

Razer headsets are usually a bit unwieldy and the Thresher is not an exception. I mean it is not a big deal, but if you travel often, the Thresher is not a headset you can stash in your backpack. As a matter of fact, the headset is not designed for outdoor use, as it does not have a 3.5 mm audio jack.  In addition, the stand where you plug the USB receiver is 10 inches tall. So, consider the stand/ receiver combination and make sure you have enough space on your desk.

The Thresher is the same size as the Kraken and ManO’War but it is somehow more aesthetically pleasing. What I particularly liked in terms of ergonomics was that the headband does not require you to adjust it manually. You just put the headset on your head and it fits around your head.

The right ear cup houses the audio volume dial button that pulls double duty as a mute button, too. The mic-mute button/ chat volume dial is positioned on the left earcup. You can raise and lower the mic and the game audio or mute just one of them. A Quick Toggle for switching between PC and consoles is also available.

Spending ten hours playing Destiny or the Elder Scrolls Online is something typical for me. (I am sure you know the feeling of playing all night and drinking huge amounts of coffee to make it through the day at work). Anyway, I combined the pleasant with the useful and put the Thresher to a rigorous test.

So, I pushed the Thresher to its limits in Destiny, Elder Scrolls Online, Mass Effect: Andromeda, CoD: Black Ops. I also loaded Tekken 7 just to check out how it performs in fighting games. Needless to say, I turned the Dolby 7.1 surround.

The Thresher performed well in Tekken, but it revealed its true potential in shooters where the gunfire sounded explosive and percussive. The rich bass was a sheer joy in Destiny and Black Ops III. I could hear the enemies approaching from all directions. In competitive Call of Duty games, the Thresher exceeded my expectations. I had no difficulties in hearing the approaching wannabe ninjas. The headset did a good job in Tomb Raider and Lost Odyssey, too.

In Mass Effect: Andromeda, I was able to hear the enemies coming from around corners or above me. In The Witcher 3: Wild Hunt the headset delivered a crystal clear sound.

The Thresher has its faults and one of them is the lack of dedicated modes for different game genres. The headset lacks an equalizer customization feature as well. I mean, if you use the Thresher on your PC, you should not have difficulties in customizing the sound, but if you hook it to your PS or Xbox console, your options are pretty limited.

I understand that the Thresher is Razer’s first headset designed exclusively with console gamers in mind but come on, guys, admit it that the lack of some sort of sound profile integration is a silly omission.

As for the mic, it is retractable and glows red when muted. I have never been a huge fan of glowing peripherals but this feature appealed to me. When it comes to picking up player’s voice, the mic does a great job. The Thresher also has a dual antenna that prevents the irritating sound drop when you move around.

The Thresher Ultimate comes with a USB cable that is long enough to allow you a freedom of movement when the headset is charging.

Is the Thresher Ultimate Comfortable?

I can say for certain that Razer went above and beyond with the comfort. The memory foam did a great job of cushioning my ears. The headset is not by any means heavy, so you should not worry about the terrible pain in the neck that inevitably occurs when you use an unwieldy wireless beast. The leather strap provides extra comfort and adds to the even distribution of the weight. The swiveling earcups come in handy when you want to take a short break and put the headset around your neck.

What makes the Thresher different from the other headsets in Razer’s lineup is the fact that it does not have any special features with the Synapse software. I mean, you get a surround sound and pretty much that’s it. However, before you condemn it as an expensive piece of garbage, I would like to clarify that this is not necessarily a bad thing. It is true that the Thresher does not have a bunch of equalization options, but even if it had, how many of them would you use? Also, the single sound profile is extremely well balanced and in this respect, the headset justifies its price tag.

There is one thing I wish I could change, though. The button for activating/ deactivating the surround sound is located on the USB hub, not on the headset itself. So, unless you know in advance if a game supports surround sound or not, you will have to spend some time figuring out whether to opt for stereo or surround.

The Thresher recharges via a micro USB and can get you through 16 hours of use in a single charge. You will not be able to listen while the headset is charging, but after all, if you start playing when the battery is full, you will be pretty tired after a 16-hour gaming marathon anyway.

A beeping sound will warn you when you have juice for 1-2 hours of playing. Then, you need to charge the Thresher for around 4 hours. Although the beeping sound is a bit irritating, it is a good thing that the headset does not shut down without a warning. I believe such a scenario would cause an anger outburst even if you pretend to be a calm person. (Who am I kidding!? We, gamers, cannot keep calm, especially when we unintentionally become the reason for a humiliating team fail).

The Thresher also comes with a battery saving feature that can be a blessing and a curse. The feature works in the following manner. When the headset thinks you are not using it and there is no sound coming from the earcups, it automatically shuts off. However, if you turn the volume almost all the way down the headset may shut itself down. Although that’s not a big deal, it can be irritating at times, especially if you just want to take a short break from Overwatch or Titanfall or listen to tranquil music.

Is Razer Thresher Ultimate Headset Worth the Purchase?

Razer Thresher Ultimate can be the new wireless headset king but it has several undeniable setbacks. First of all, the hub is a bit bulky. Second, the headset does not have a 3.5mm jack. Third, the Thresher does not offer many customization options.

Nevertheless, the Thresher is a gorgeous piece of engineering, offering immersive surround sound and a long battery life. The headset is, above all, comfortable, and if you have a habit of playing for hours on end, just give it a shot.

Console gamers who can afford the Thresher will not regret the purchase. It is a high-end gaming headset in terms of function and construction. If sound quality is the main factor that would determine your choice of a headset, the Thresher Ultimate is worth your attention. 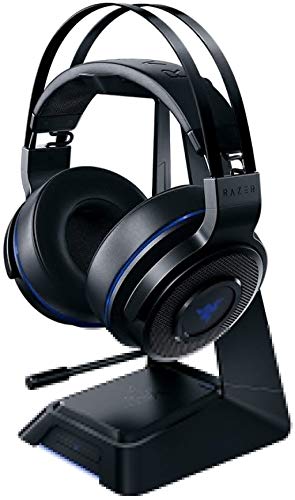