Turtle Beach Ear Force i60: The Best of Both Worlds

With the Turtle Beach Ear Force i60, you get the quality that you pay for. The design flaws can be overlooked compared to the overall audio quality, portability, and of course, its wide range of preset options. 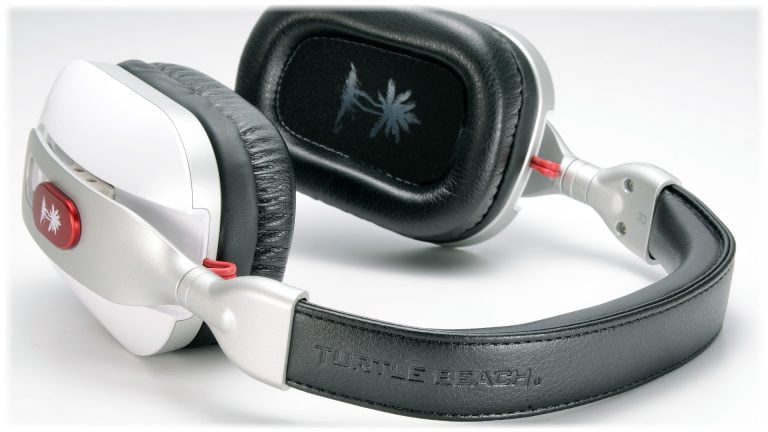 Why Pick When You Can Have Both

It is not a secret that Turtle Beach is known for its wide range of quality gaming headsets that are among gamers’ top choices. If you are a casual gamer and would like to try out Turtle Beach, then the Ear Force i60 is a good place to start because of its versatile use. Designed for Apple products, these headphones exude a posh look that many will appreciate. 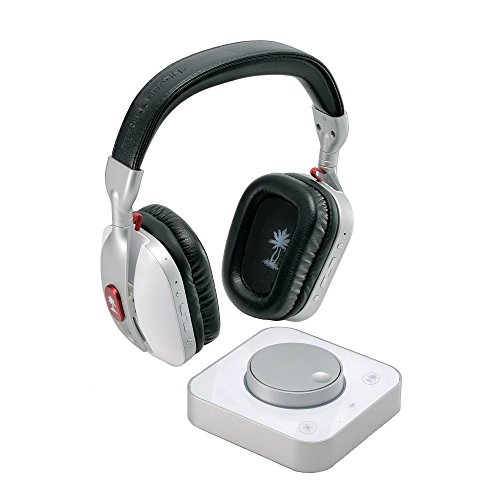 The i60’s aesthetic is akin to Apple’s very own minimalistic design. Both the wireless head and the base station (aka the specialized control module) connect to your machine through a USB. Even the USB is chic as it has a glossy white finish and a bit of exquisitely brushed aluminum trim.

However, aesthetically the i60 has room for improvement compared to some of its premium counterparts. It still retains the rugged and somewhat edgy vibe reserved to gaming cans, although it does not give off the strong impression of products like the ROG Centurion or the Razer Thresher Ultimate.

The headband of the Turtle Beach Ear Force i60 is one if not as comfortable as expected. It is wearable, but not quite at par. The foam is soft and smooth, but it lacks the premium luster that you would expect from its caliber.

The good news is that the i60 redeemed itself in the earcups department. The cups are soft and keep the ears cool, and you actually enjoy that premium feel. I also have to mention that the earcups are comfortable and can fit a wide range of head sizes.

This pair of cans is super busy with buttons. Eight buttons behind each ear are way beyond the standard. However, don’t worry about randomly pressing a button, as each button press is accompanied by a voiceover that tells you which function you have just pressed. It’s safe to say that the overall design of the controls is gaming-oriented.

I’m glad to say that the Turtle Beach Ear Force i60 delivers at par in the audio department. To start with, I tested it on my Macbook Air and Windows PC. Setting up the software was easy. Though not exactly plug and play, the only thing you need to tweak extensively is your audio preferences.

The audio that the i60 produces is probably one of the best digital surround sounds. You won’t pick up any low-end murkiness or loss of fidelity due to being wireless. You will perceive the accuracy coming from each of its six channels. These headphones seem to be a culmination of the know-how Turtle Beach has accumulated during the years.

Going back to the buttons. The two on the left cup can be used to cycle between eight presets, and are indeed useful. The bass, treble, and mid boosts are all listed as a useable EQ setting, and not just a flex to display the i60’s aural range.

If you use this headset for gaming, you will easily fall in love with the ‘footstep focus’ and ‘superhuman hearing’ presets because of the enormous tactical advantage that they offer in fast-paced FPS games.

Lastly, the i60 gives you versatility. Usually, gaming headsets are too bass-oriented for music listening, while standard cans are too weak to give the kick that gamers want. I must say that with these cans you can have the best of both worlds.

The Turtle Beach Ear Force i60 is wireless, and it works smoothly both indoors and outdoors. Aside from Bluetooth, the headphones support Wi-Fi wireless connectivity, which translates into superior audio quality.

If you use Bluetooth, you can easily pair these cans with any iOS and Android devices. Turtle Beach’s iOS app is nicely designed and convenient. It gives you ample freedom to personalize the settings to your taste.

The Specialized Control Module is designed to connect the i60 to your computer and act as the main control system. The device itself is a bit hefty, with a boxy build heavily influenced by Apple’s aesthetic. The module is robust and perches with prestige on your desktop. The setup instructions are streamlined.

Turtle Beach claims that the battery’s life is 10 hours after a full charge, and I found that to be true.

The Turtle Beach Ear Force i60 onboard mic, like the EQ settings, has its own presets too. This includes reverb and pitch-shifting effects that are a staple of Turtle Beach’s gaming artillery, though I doubt that users will find a use for them. The voice quality is crystal clear, but the headset has no noise-canceling feature whatsoever.

The Turtle Beach Ear Force i60 performs well in all three departments: audio quality, surround mix, and EQ malleability. Add to that its compatibility with mobile devices, superhuman charging time, and overall build quality. All of the above features justify its hefty price tag.

The sheer number of buttons may not agree with the minimalist expectations of the audiophile Apple user. But then again, Turtle Beach delivered in all the important departments. It provided quality and innovative tech that functions excellently. And that’s something that’s hard to argue about.