Is Headset Dent a Real Thing, and Should You Be Worried?

After a long and intense gaming session, you decide to call it a day and take off your big gaming headset. But even after taking it off, you feel an odd sensation on the top of your head. 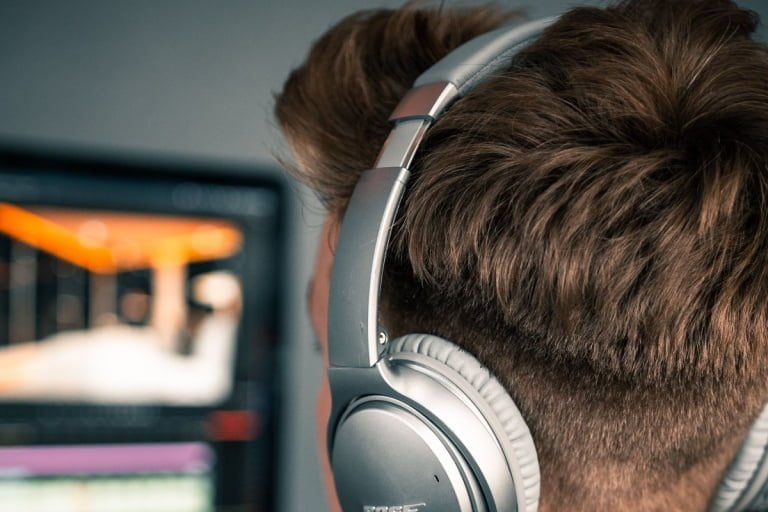 You casually run your fingers through your hair, and a cold shiver runs down your spine: There’s an indentation on your head where the headset used to sit!

Can a Headset Dent Your Head?

Absolutely. Anything that applies a lot of pressure on your skin—including headsets— for a few hours can potentially dent your skin. Wedding rings are a good example – it’s common to see them leave an indentation on the wearer’s finger. Twitch viewers can better relate to the infamous Tyler 1 headset dent.

But don’t worry; these skin dents are not permanent and are easily avoided by introducing a few lifestyle changes.

Why Do Headsets Dent Your Head?

However, the convenience comes at a cost; a tightly fit headset ruins your hairstyle and results in a gamer dent.

Headset dents are unavoidable if you wear a headset for hours which is the case with most hardcore gamers.

So, Should You Be Worried About a Dent in Your Head?

No, headset dents are harmless and hardly a cause for concern. Of course, some people panic and wonder if their skull has caved in, but that’s not possible because an average human head can withstand a pressure of up to 6.5 GPa (way more than a tight headset).

How Long Does it Take for a Headset Dent to Go Away?

A few hours, at most. After that, headset dents go away on their own because flesh and skin are flexible and regain their original shape once the pressure has been relieved. Put simply, all you have to do is to remove the headset and take a break!

How Do You Get Rid of the Dent in Your Head from a Headset?

Although headset dents disappear after some time, there are specific steps you can take to accelerate the skin restoration process. Try out these two headset dent fixes to quickly remove the dent on your head.

The easiest (and fastest) way to get rid of a headset dent is to take a hot shower. Hot water is a natural vasodilator, i.e., it expands your blood vessels and improves blood circulation. It also helps you relax and alleviates tension in the muscle – the perfect activity after sitting in the same position for prolonged periods.

The vasodilation properties of hot water also assist in restoring dented skin to its original shape. However, ensure that the water isn’t too hot; otherwise, your skin will get dehydrated, opposite to what you’re trying to accomplish.

Wash your hair with a good moisturizer and gently massage the dented area under running water to get the best results. Don’t dry your hair with a towel or a hairdryer after exiting the shower. Instead, gently apply a serum on the wet hair to help your skin retain the much-needed moisture.

Another method to remove a headset dent is thoroughly massaging your hair with oil. Like hot water, massaging improves blood circulation by expanding blood vessels.

You can use Jojoba, Lavender, or Lemongrass oil, as each contains moisturizing properties and is highly recommended for dry scalps.

Apply the oil of your choice to the affected area, run your fingers through your hair, and slowly massage your dented scalp. Remember to massage with your fingertips in slow, circular motions gently.

Once you’re done, cover your hair with a towel or a shower cap and let your skin readjust itself.

How to Avoid Headset Dent – 5 Tips

Got everything back to normal? Great!

Now, let’s discuss a few precautions you can take to avoid headset dents in the future.

1. Wear the headset at the back of your head

The easiest way to avoid a headset dent is to reposition the headphone band to the back of your head. This way, you can quickly alleviate the pressure from the top of your head.

Begin by placing the ear cups on your ears as you usually would. Then, try to slide the headband toward the back of your head. You can push it back to your neck, provided there’s enough clamp pressure. Otherwise, the headset grip will loosen.

If that doesn’t work, try positioning the headband at the lower part of your neck. But, again, you may have to experiment a bit to find the right spot.

Tip # 2 to prevent a headset from making a dent is by wearing a cap. It helps distribute and equalize the headphone pressure and prevents embarrassing hairdos from forming on your head!

If lowering your headset band to the back of your head or neck doesn’t work, try using a cap. It may resolve the issue as it provides an even base for the headset to get attached to.

Unfortunately, there’s a potential downside: constantly wearing a cap or beanie can ruin your hairstyle. Worse still, wearing a cap can be annoying in hot climates.

Tip número tres: add extra padding to your headband. You can purchase it from online retailers who sell aftermarket headset pads. Alternatively, you can try to get in touch with your feminine side and sew your padding. This way, you prevent obnoxious headset dents and also get to customize your headgear. 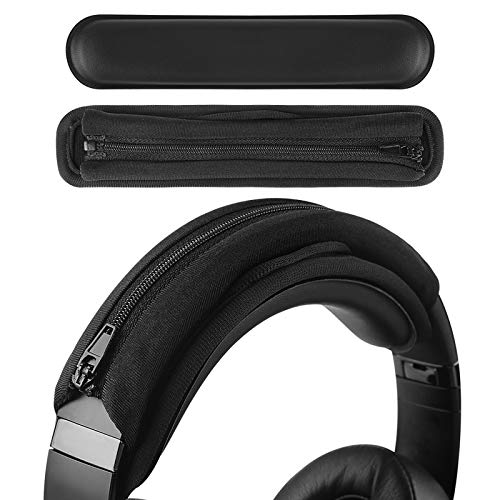 Serious gaming sessions require a tight, noise-cancellation headset that attaches firmly to the user’s head. But with some headgear, the headset clamp pressure is unnecessarily tight.

To loosen a tight headset, place a large object between the headset’s ear cups. Here, we recommend using thick books like dictionaries, novels, or school books. Place the books between your headset and let them remain there overnight. Your headset should loosen a bit in the morning.

If the steps mentioned above fail, it’s time to purchase lighter headphones.

Why is Your Headphone Dent Not Going Away?

While headset dents are common, you should consult a doctor if the imprint remains for more than 48 hours. It may seem like a hassle, but you should seek medical aid, especially if your headset dent is associated with swelling, inflammation, or headaches around the affected area. In addition, prolonged dents can allude to possible medical conditions like:

Nevertheless, these conditions are extremely rare. We hope the case with your headset dent isn’t any of these and you can continue gaming stress free.

The bottom line is: Headset dents are generally harmless. These dents are caused by heavy headphones, which may—or may not—have excessive clamp pressure. So relax, try out the tips mentioned in this blog, and if nothing works, buy one of the headsets we mentioned in the article!