The Beyond Skyrim – Bruma mod was released a few hours ago. It is a massive Skyrim mod that enables players to revisit Bruma and its surroundings 200 later and see what has changed since the end of the Oblivion storyline. 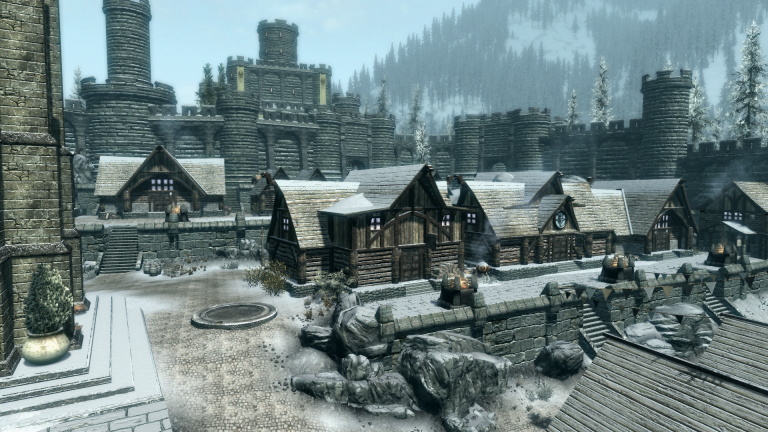 The Beyond Skyrim – Bruma mod was released a few hours ago. It is a massive Skyrim mod that enables players to revisit Bruma and its surroundings 200 years later and see what has changed since the end of the Oblivion storyline.

Beyond Skyrim- Bruma is a part of the Beyond Skyrim Cyrodiil project. The aim of the project is to recreate the Oblivion’s Cyrodiil inside Skyrim and import new content and updated graphics.

As for the mod that has just been released, it is known as version 1.1 of Bruma. The map size is bigger than the Dragonborn DLC and it offers thousands of lines of voiced dialogue, storylines, weapons, new quests, three hours of original music and more. Players also have the chance to cross the border into Cyrodiil with their current character intact and revisit familiar locations such as the Cloud Ruler Temple or the Frostfire Glade.

In order to play Bruma, players need all three official expansion packs. Alternatively, they can opt for Skyrim’s Legendary Edition, but it this case, they will also need a specific memory patch. The mod is devoid of any in-game restrictions. Once the installation process is completed, players are enabled to freely walk from Skyrim to Bruma and see how things have evolved during the years between Skyrim and Oblivion.

Meanwhile, Skyrim postal service received an upgrade. The Provincial Courier Service mod gave the courier a house. Now the hardest-working man in Skyrim has a kitchen, a bed, a dining area, and a desk. The courier has some extra improvements, too. Instead of having to wait for him, players are able to directly collect anything from him’ and track him down for a change. The courier can bring his missives to players’ house(s) as well.

Detailed information about the mods’ installation is available at nexusmods.com.