At a press conference, held prior to the start of the Electronic Entertainment Expo, Bethesda representatives provided details about The Elder Scrolls: Legends. The Heroes of Skyrim is to receive an expansion on June 29th. 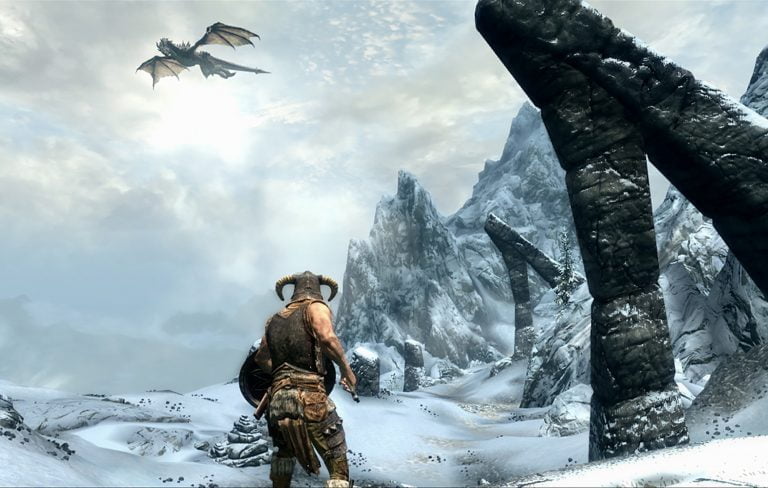 At a press conference, held prior to the start of the Electronic Entertainment Expo, Bethesda representatives provided details about The Elder Scrolls: Legends. The Heroes of Skyrim is to receive an expansion on June 29th. For the time being, the digital card game expansion will be available for PC and Mac. Android and iOS users will gain access to it next month.

The announcement about the Heroes of Skyrim release made fans draw a parallel between The Elder Scrolls: Legends and Hearthstone. Both are free to play and both cards represent minions and spells. Players win by depleting the health pool of the competitors. However, there are some differences as well. Legends’ minions fight on two lanes, not to mention that it also has a Story mode. A deck-drafting mode for solo play against the AI is also available.

Skyrim is a Nordic land inhabited by bears, dragons, and giants. It served as The Elder Scrolls V setting. Fans got a confirmation that the Heroes of Skyrim will feature some well-known Elder Scrolls V: Skyrim characters. These characters include Aela the Huntress, Delphine, J-Zargo, as well as the dragons Paarthurnax and Alduin. The new expansion also brings a new mechanic named Shouts. The new expansion is also packed with The Civil War and College of Winterhold themes. Heroes of Skyrim will also feature companions that change into their Beast Form whenever a rune is broken.

The E3 event is to start in 2 days, but Bethesda is one of the publishers whose presence at the Expo will be discussed in gaming forums long after the event wraps up. What makes fans keep a close eye on Bethesda’s E3 participation is the big news the publisher shared about the other long-anticipated titles including Wolfenstein 2: the New Colossus, and The Evil Within 2. The former will be released on October 27th, 2017. As for The Evil Within 2, it will launch two weeks earlier – on October 13th, and it will be available across all platforms – PC, Xbox One, and PS4.