According to market analysts, retro gaming gear manufacturing is currently undergoing a major revival. It seems Atari, Polymega, and Hyperkin are among the companies prepared to live up to the constantly increasing demand for retro gaming products. 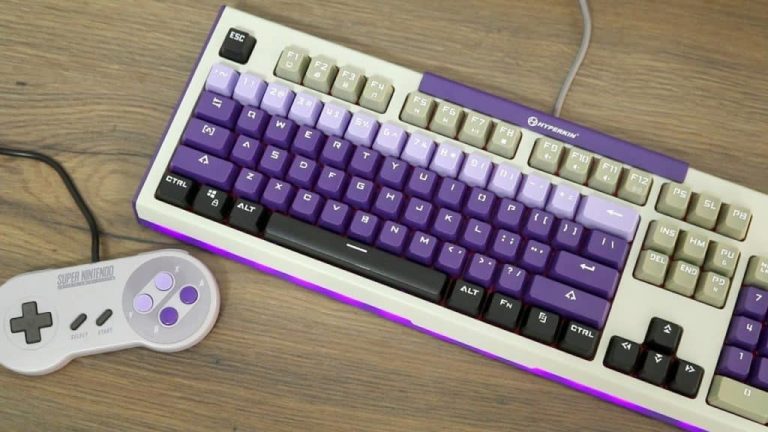 According to market analysts, retro gaming gear manufacturing is currently undergoing a major revival. It seems Atari, Polymega, and Hyperkin are among the companies prepared to live up to the constantly increasing demand for retro gaming products.

Hyperkin representatives announced that a retro gaming mouse will hit the shelves on July 6th. The Hyper Click Retro Style Mouse will support the SNES system and players will be able to use it with all SNES mouse-enabled titles.

As for its technical characteristics, it will be a corded mouse sporting a 6-feet cable and a SNES-inspired color scheme. According to Hyperkin’s product description, the mouse will be suitable for fragging enemies, drawing, commanding troops and more. the Hyperkin Hyper Click SNES Retro Style Mouse is now available for pre-order. However, it is important to note that only North America-based gamers will be able to purchase it upon its release.

Speaking of retro gaming consoles, Ataribox and Polymega are also worth mentioning. The former is a product of one of the pioneers in the gaming industry- Atari. Although the information about its release date remains scarce, more or less reliable sources suggest that the Ataribox is to have its debut this fall.

As for Polymega, it is frequently defined as the most sophisticated retro console. It will allow players to select which retro system they would like to use and plug in the appropriate module. The console will also feature a built-in CD/DVD drive. Although price and an official release date are yet to be announced, expectations are that Polymega will be available no later than the end of the year.