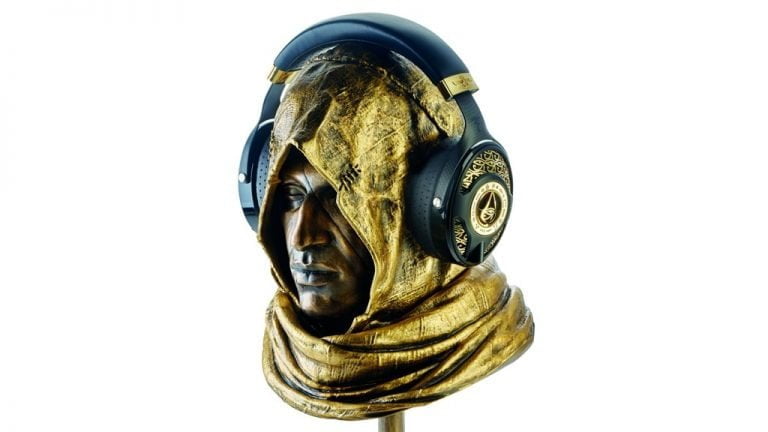 According to the released information, only 10 Utopia headphones will be produced. They will be sold by the French jeweller Tournaire at its boutique in Paris.

In addition, gamers who have everything save for Assassin’s Creed: Origins- inspired headphones, can also purchase a bronze bust of Origins protagonist Bayek to rest them on. Each unit costs €12,000 / £11,000 / $14,000.

For those who cannot afford an item from the luxurious edition, Ubisoft will unleash 2,222 standard Origins Listen Wireless headphones units that come with the modest €249/ £249 / $333 price tag. As for the technical specs, they will have Bluetooth connectivity, a built-in microphone, 15 metres wireless range, and a battery life of up to 20 hours. The headphones will be available for purchase at the Ubisoft store from October 27th onwards.

Assassin’s Creed: Origins releases on 27th October on PlayStation 4, Xbox One and PC.