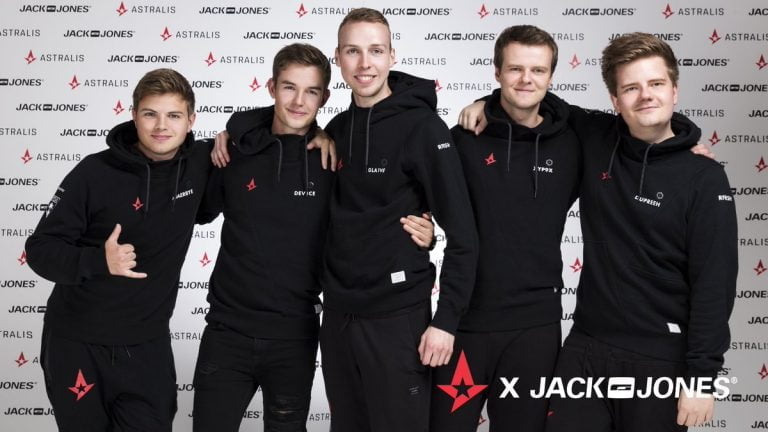 The sponsorship includes collaboration between Astralis and Jack& Jones aimed at the creation of the first e-sports-inspired jersey, as well as a wide range of initiatives – Hangouts, Meet and Greet events, competitions, merchandise collections, SoMe activities, to name a few.

Henning Nielsen from Jack& Jones said that the company was impressed by Astralis’ dedication, professionalism, and strong performance and added that these three virtues truly reflected Jack& Jones’ values.

Nielsen elaborated that apart from the common brand values, Astralis and Jack& Jones had a great match as far as the target audience was concerned. That’s why he defined the collaboration with the e-sports team as a method for meeting the interest of the customers and catering their needs.

Jordi Roig, RFRSH Entertainment COO, said that he was very pleased with the partnership. He pointed that despite the rapid development of the esports industry, the clothing and gear the teams use were areas that require improvement. Since Astralis’ objective was to constantly optimize their performance, they had to join forces with an expert in the field, willing to design and produce new jerseys for the team.

The merchandise collection, as well as the first e-sports jersey, will be presented in November during a special fan event in connection with the BLAST Pro Series. Fans will have the chance to meet the team and buy clothing items designed by Jack& Jones for Astralis.

Overwatch Will Be Free to Play September 22-25