Over the last couple of months, retro gaming consoles industry has undergone a major revival. Console makers seem to put an extra effort into meeting the increasing demand for retro gaming merchandise that works well with contemporary titles. 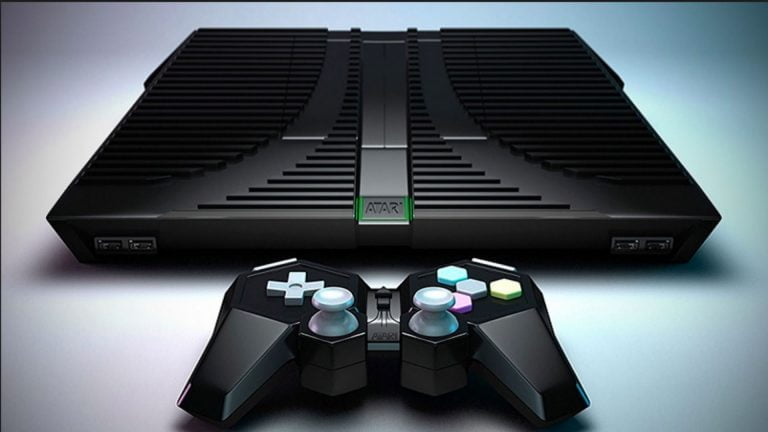 Over the last couple of months, retro gaming consoles industry has undergone a major revival. Console makers seem to put an extra effort into meeting the increasing demand for retro gaming merchandise that works well with contemporary titles.

One of the most notable announcements this year was the comeback of the iconic Atari gaming console, which was a clear indication that the company will attempt at re-gaining its market share. But will these ambitions turn into reality given the NES/ SNES presence, the constantly growing popularity of Nintendo, and the fierce competition of the contemporary Sony and Microsoft consoles?

When Atari’s CEO has revealed that the company would re-enter the market, the announcement caused mixed reactions of excitement and scepticism. The Ataribox may appeal to retro gamers and collectors, but does it have any selling potential beyond that? Is the retro gaming console segment built solely on nostalgia?

The current market conditions and the rich gaming heritage of Atari give the Ataribox a chance to become a bestseller under one condition. Ataribox developers should put the right price tag, thus making the console affordable to mass players.

Retro gaming is a hot trend right now. One of the main reasons for retro consoles’ popularity is apparently the nostalgia for the good old days before the technology revolution. However, there are a few other reasons that make the Atari venture likely to succeed. Retro games involve less violence. In addition, they are usually less expensive and easier to master, which makes them suitable for kids.

Until recently, Atari representatives have remained tight-lipped about the console appearance and functionalities, but now, players have a better idea of what they should expect. The Ataribox will resemble the legendary 2600 model, but apart from the design, the other noteworthy thing is that the console will leverage the PC technology. That is what Atari CEO has previously shared.

Nevertheless, that announcement could mean a lot of things. One of the assumptions is that the developer may make the console capable of producing stunning visuals of the same quality contemporary consoles offer. Although there is no clue when the console will debut, more or less reliable sources put forward the idea of an eventual introduction at E3 2018.

Meanwhile, Atari has signalled its determination to conquer the gaming market by introducing a new line of wearables. As RealGear reported earlier, the Speakerhat will have inbuilt speakers and it will become available sometime in the fall.

Keeping in mind all information released by Atari, it is safe to say that the company will cause a massive market disruption. Its return will challenge its rivals to adopt an appropriate strategy to remain competitive.

Sony, Microsoft, and Nintendo Not Likely to Fall Behind

Atari’s return to the console gaming market is not going to be a smooth sail, though. Currently, the market is dominated by Microsoft, Sony, and Nintendo, and it seems none of them is wasting their time.

Microsoft is readying the release of the Xbox One X that will hit the shelves in November. Sony has repeatedly hinted at the PS5 arrival. Still, fall 2017 will be a Nirvana for fans of classic games. As for classic NES games players, they will be able to nurture their passion by playing on the RES Plus console. The latter is said to allow users to play NES games in HD and experience the 8-bit games “like never before”.

The RED Plus is a red and black console that features AV and HDMI outputs and enables players to play games designed for the Nintendo Entertainment System in 720p resolution. The console will also be accompanied by two classic pro controllers for added precision. The controllers will be compatible not only with the previous Retro-Bit consoles, but also with the original NES. The RES Plus will arrive at a retail price of $40.

As for Nintendo products, each product the company launches leads to a storm of purchases. The upcoming Super NES Classic will undoubtedly be a hot holiday item and expectations are that this time around, there will not be supply shortages.

The Atari Flashback 8 Gold and Sega Genesis Flashback will become available on September 22nd at a retail price of $80. They both support 720p resolution. The Super NES Classic becomes available a few days later, on September 29th and it is similarly priced.

The Atari version includes as many as 120 classics, while the Genesis box comes with a total of 85 games. The SNES Classic will include 21 handpicked titles, including the never-released Star Fox 2.

Speaking of the competition Atari will have to face, we cannot skip Polymega and its approaching release. For the time being, there is no telling when the console will be rolled out, but its technical specs have been revealed, which implies that its release may not be too far away.

To wrap up, the demand for retro gaming gear is expected to get higher and Atari will undoubtedly play a key role in industry’s development. Analysts unanimously agree that Atari can be a competitive rival of the well-established companies on grounds that it adheres to the following market requirements.

Atari’s customer base will be considerably expanded if players have the opportunity to play new titles as well as a multitude of classic games playable on the old retro consoles. What’s more, if developers manage to provide players with an option for streaming content from Netflix and all these functionalities come at a competitive price, Atari should be regarded as a potential game changer that could bring back the glory of the retro gaming gear.