The former footballer Edgar Davids, who played for Barcelona, Tottenham Hotspur, and Juventus, has won a lawsuit against Riot Games. The bone of contention was the League of Legends Striker Lucian skin. 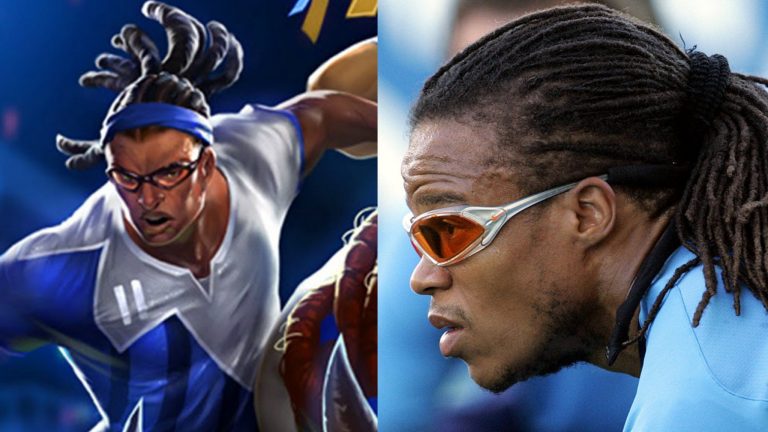 The former footballer Edgar Davids, who played for Barcelona, Tottenham Hotspur, and Juventus, has won a lawsuit against Riot Games. The bone of contention was the League of Legends Striker Lucian skin. Davids believes that Striker Lucian’s dreads and eyewear evoke associations with him as the LoL champion looked exactly like the footballer in his playing days.

As a result, Davids took Riot to court and claimed that the Striker Lucian’s appearance was entirely based on him. The Dutch court agreed with his claims and ruled out that the footballer must be compensated because the skin has infringed on his personal rights.

The prosecution presented a tweet, posted in 2014 by the former QA. The tweet says that the “Striker Lucian was inspired by soccer pro Edgar Davids”. At the time of writing, the Twitter account is no longer accessible.

As reported by the Dutch site Het Parool, Riot attorneys argued that the League of Legends players would not recognize the skin as Davids but as Lucian. Still, the court did not accept this argument.

League of Legends players got deeply upset by the legal actions the footballer has taken against Riot. They have expressed their resentment via the gaming forums and social media sites. What made them particularly displeased was the fact that back in 2014, Davids tweeted to thank Riot for making a skin that looks pretty much like him. LoL players did not spare the retired footballer the teasing comments and sarcastic remarks. Some of them even suggested he would suit Blizzard for the Lucio skin.

Now, Riot has to provide Dutch authorities with information as to how much revenue it has generated by selling the skin in The Netherlands and compensate the footballer accordingly.