After announcing a promising partnership with the English Football Club Fulham, the Japanese entertainment company Konami revealed that it has inked yet another partnership. This time around, the video game giant has become an official partner of the Europa League hopefuls Arsenal. 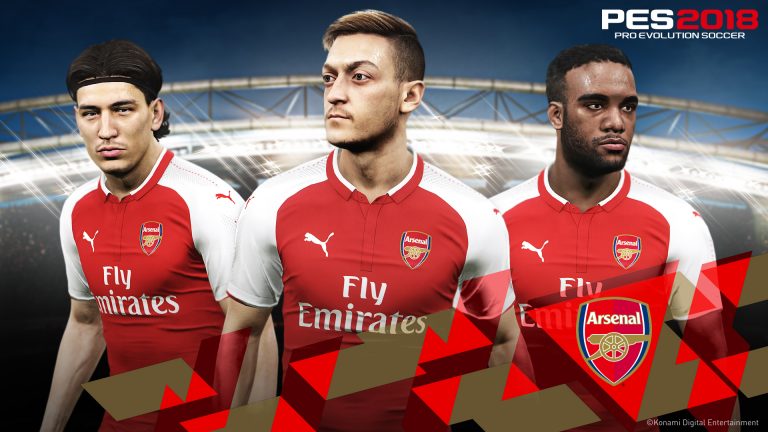 After announcing a promising partnership with the English Football Club Fulham, the Japanese entertainment company Konami revealed that it has inked yet another partnership. This time around, the video game giant has become an official partner of the Europa League hopefuls Arsenal.

Previously, the Gunners have appeared as a licensed club in PES 2018, but the two parties have now strengthened their partnership. As a result, Konami will be given greater access to the Emirates Stadium and the squad itself, which would enable the development team to create enhanced facial animations and realistic environments.

Konami will use the so-called 3D scanning systems that enable it to precisely capture the facial expressions and the set of moves each footballer makes during a real-life game. Konami also reassured Arsenal fans that footballers’ “free flowing style of play will also be accurately implemented to the game.”

Vinai Venkatesham, CCO at Arsenal said: “Our working relationship with KONAMI to date has been extremely successful from a licensing perspective and we are delighted to extend this and welcome them as an official partner.”

In a special statement, the Senior Director of Brand & Business development Jonas Lygaard said that Konami was determined to work with the best football clubs on a global scale and added that the company was excited to extend its partnership with Arsenal. He elaborated: “The relationship we formed last year has gone from strength to strength, most notably when Emirates Stadium played host to the PES LEAGUE World Final. As such, we were keen to work even closer with such a highly regarded club and the new agreement will allow us to perfectly recreate and feature Emirates Stadium, and the club’s many stars, within PES 2018.”

Pro Evolution Soccer 2018 was released on September 12 across all platforms.