No HDR Support for Assassin’s Creed: Origins on PC

For better or worse, Ubisoft is among the video game publishers that keep players on their toes and this time around, it made the headlines with a not-so-amusing announcement about the Assassin’s Creed: Origins. 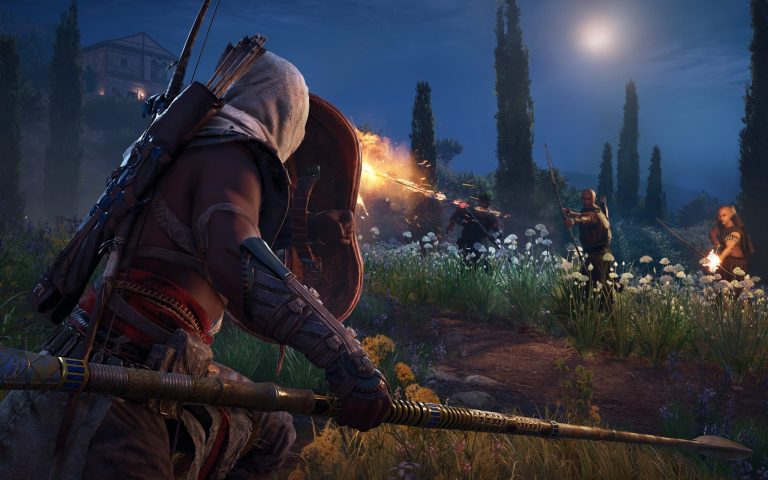 For better or worse, Ubisoft is among the video game publishers that keep players on their toes and this time around, it made the headlines with a not-so-amusing announcement about the Assassin’s Creed: Origins.

It became clear that the PC version of the game will not get HDR support. Initially, Ubisoft announced via its blog that they would roll out a patch across all platforms and the patch in question would bring HDR to PS4, Xbox One, and PC. Now, it seems the studio has abandoned its plans for HDR support on PCs.

An Assassin’s Creed: Origins’ fan asked via Twitter when the ETA on PC would become available. An Ubisoft Support representative answered that for the time being, the company has no plans of releasing HDR on PC.

Later on, the previous announcement that HDR was coming to all platforms was edited and now it reads: “There will be another Title Update available in early November, which will most notably include 4K and Dolby Atmos support for Xbox One X and additional support for HDR on Xbox One S/Xbox One X and PS4/PS4 Pro.”

The revelations about the lack of HDR support for PC has led to a massive outcry among the gaming community that has been impatiently waiting for the Assassin’s Creed: Origins release. Some players said they would request a refund due to the misunderstanding. Others sarcastically pointed that this time they have learned their lesson and accused Ubisoft of using false advertising and dishonest marketing tricks.

At the time of writing, Ubisoft has not released a statement on the matter.

Assassin’s Creed: Origins is now available for PlayStation 4, Xbox One and PC.

For Honor Gets Free-to-Play Weekend