The latest League of Legends champion – Ornn – the Fire Below the Mountain, arrived with patch 7.17, and soon after his release, Riot gave him a much-needed buff. The reason was plain simple. 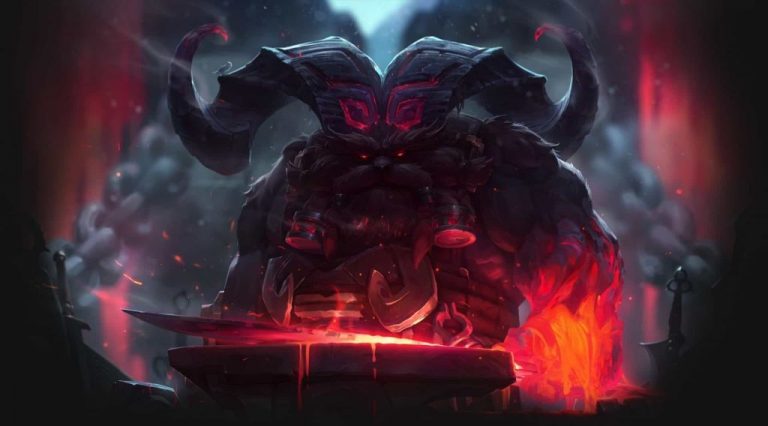 The latest League of Legends champion – Ornn – the Fire Below the Mountain, arrived with patch 7.17, and soon after his release, Riot gave him a much-needed buff. The reason was plain simple. Ornn was a disaster to play with, not in the positive sense of the word.

It is not something out of the ordinary for Riot to give the new champs some tweaks to make them fit into the meta, though. For instance, the patch following Kayn’s release brought a buff to its ultimate. Xayah and Rakan also needed some alterations after their arrival to LoL’s roster.

As for Ornn, players’ excitement was quickly replaced by an extreme reluctance to pick him. What is more, many players started banning Ornn to prevent fellow players from picking him. Ornn played in jungle, support, and top, and he had a terrible winrate, not to mention the awfully low playrates.

It usually takes some time until players figure out how to play a new champion, which results in an initial low winrate. Having said that, Ornn’s winrate was too low.

It remains to be seen if these buffs will have any positive impact on Ornn’s performance, although League of Legends players believe the next patches will bring him more buffs.

As for the other champs’ tweaks, Riot is experimenting with some buffs on the PBE to make Azir and Ryze see some more play. Azir will receive a damage increase buff and he will deal the whopping 150 more base damage at max rank.

Ryze’s buff will increase the AP scaling on Rune Prison from 20% to 60%. A larger buff is also under development. It would be excessive to say that the buff will solve all his issues but it will add some priority to Ryze at Worlds and in solo queue, to say at least.

The buffs are expected to go live in two weeks’ time.

PUBG Takes Players Away from Concurrent Shooters on Steam