Players familiar with the content Valve releases often joke that the developer does not count to three. It seems these jokes are for all the right reasons as Valve confirmed that it will re-work the iconic CS: GO Dust 2 map instead of releasing Dust 3. 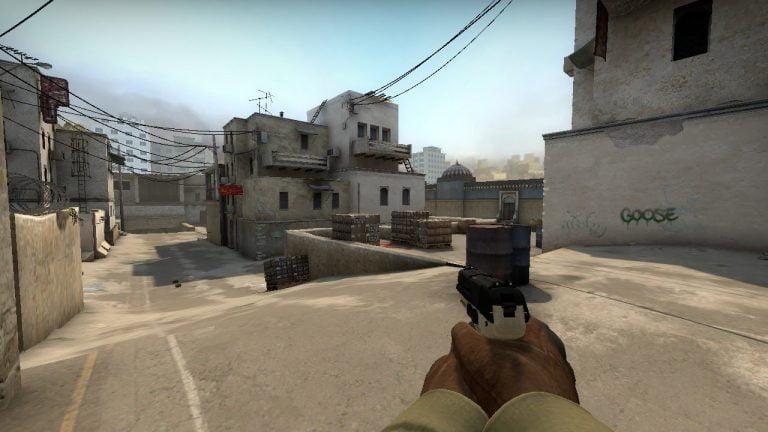 Players familiar with the content Valve releases often joke that the developer does not count to three. It seems these jokes are for all the right reasons as Valve confirmed that it will re-work the iconic CS: GO Dust 2 map instead of releasing Dust 3.

Valve made the announcement via a tweet. According to the released information, the updated version will debut in the next CS: GO beta depot. At the time of writing, Valve has not specified a time-frame, but expectations are it will arrive in the next few weeks. The latest CS: GO update rolled out last week (October 5) but it did not bring any considerable changes.

The tweet Valve published offers a snazzy look at the upcoming rework. The map preview teased new map textures, a color change to the skybox as well as green palm trees, blue tent sits, and a painting of dusty concrete buildings.

Needless to say, the developer posted the tweet to fuel players’ interest, and expectedly they started second-guessing what would be the changes Valve has prepared after the hiatus from the Active Duty map pool.

Dust 2 has been out of CS: GO’s Active Duty rotation since February. The prolonged absence of one of the most iconic maps made players speculate that similar to Nuke and Inferno, Dust 2 may be revamped before making a comeback.

To continue the map updating cycle, Valve will remove another map when Dust 2 returns to competitive play. Until then, players can enjoy the current version of Dust 2.